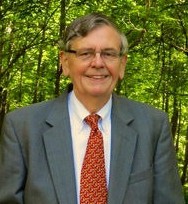 Pittsford NY: Age 77, passed away peacefully at home with family on March 31, 2016 after a short illness. A graduate of St. Lawrence University and the University of Rochester School of Medicine in radiation biology and biophysics, he enjoyed a long career of teaching and conducting research in nuclear medicine technologies and radiation dose. Inspired by a summer job at Roswell Park Memorial Institute in Buffalo, he began his career in medical physics at the Sloan Kettering Institute for Cancer Research in New York. Over the years he served as a technical expert for the International Atomic Energy Agency; he also chaired the Society for Nuclear Medicine’s Medical Internal Radiation Dose Committee, compiling a handbook of radionuclide usage that is widely distributed to those in the field.

In 1978 he was awarded a NIH Fogarty Senior International Fellowship to spend a year in Sweden studying bone repair in elderly people with hip fractures. Later he led the nuclear medicine research lab at Brookhaven National Laboratory, and was later co-chief of radiology at the University of California at Davis. David ended his career as chief executive of a program at the Medical Headquarters of the Department of Veterans’ Affairs in Washington designed to ensure that medical studies involving veterans were conducted in accordance with Federal laws and ethics. Friends and colleagues knew David as a soft-spoken gentleman with a winning smile who helped younger specialists advance in their careers. He retired in 2006 to Rochester with his wife of fifty-five years, Sandra.