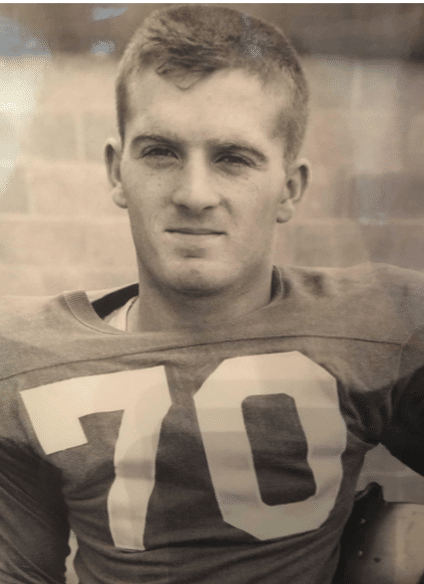 Rochester, NY: Bernard James Fagan, Aug 13th, 2021: Son of Richard & Mary Alice Fagan (O’Day). Affectionately referred to as ‘Bernie’ throughout his life, Bernard was a graduate of Caledonia High School and attended the University of Buffalo. In 1993, Bernie and teammates were inducted into the University of Buffalo Football Hall of Fame in recognition of their Lambert Cup winning (8-1) season (‘58). The ’58 Bulls famously declined a post-season Tangerine Bowl invitation (vs. FSU) after learning black teammates (Mike Wilson, Willie Evans) would not be allowed to participate. The discriminatory policy was that of a local district for the host stadium in Orlando, FL. This was the first post-season bowl invitation in Bulls history and six years before the civil rights act of 1964. The Greater Buffalo Sports Hall of Fame has plans to recognize the team and induct coaches and players on Oct 14th , 2021. Details of the story are captured in the ESPN production of ‘Outside The Lines: All or Nothing’ (‘08).

In lieu of flowers, donations can be made to the Leukemia and Lymphoma Society.