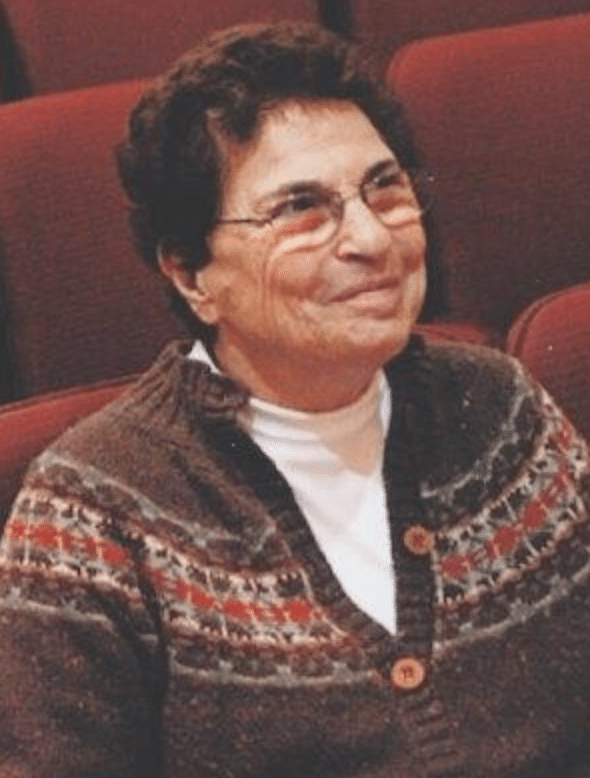 Rochester – Betty Strasenburgh, champion of the arts, beloved philanthropist, and long-time advocate for the City of Rochester, passed away peacefully at her home in Rochester’s Cultural District on April 26, 2021. She was 90 years old.

An advocate for women’s rights and financial independence, she told a group of women investors that “I have always believed that we are put on this earth to make a contribution and to try to leave this world a little better for our having been here.” And by this belief she lived her life. It was her hope that her family and others would follow her example.

Betty was a community activist, seeking to bring economic, social and gender equality locally and globally. Privately and as a Rotary member, she supported schools, job training and the eradication of polio and other global diseases. Along with her friends Midge Thomas, Pearl Ruggles and Rosa Wims, she founded the Grapevine to discuss racial issues and work to address inequalities.

Betty supported the Gateways Music Festival and efforts to make classical music more inclusive. She was an Honorary Trustee of WXXI public media and the station’s radio studios are named in her honor to recognize her significant support.

She was a driving force in the expansion of the Eastman Theatre, her role detailed in Elizabeth Brayer’s “The Eastman Theatre: Fulfilling George Eastman’s Dream.” She supported many promising Eastman School and other students she believed could make a significant contribution to their communities. She lived to see many of them become community leaders and prominent musicians.

Betty loved to travel, having set foot in every part of the world. She preferred adventure over luxury travel, narrowly escaping with her life on a few of the trips. She detailed these adventures in her two autobiographies: My Life’s Journey and Around the World in 90 Years. She enjoyed meeting people when she traveled, trying local foods and shopping at public markets. She encouraged others to travel, agreeing with Mark Twain that “Travel is fatal to prejudice, bigotry and narrow mindedness.”

Betty was a champion competitive sailor. She and her family often took her sail boat on trips throughout the world. She also loved downhill skiing and cooking.

Betty was born Elizabeth Bloomberg to Lucille Siegel and Albert Bloomberg. She was preceded in death by her husband, Robert Strasenburgh, and survived by her dear friend, Eugene VanVoorhis. She is also survived by her son, Peter Goldstein of New York City, her daughter, Jill Mazer of Denver, Colorado, grandchildren Lisa Holler, Anna Kobey, Myles Mazer and Barrett Goldstein, and great grandchildren, Lucy Holler and Jack Holler.

Betty lived a full life. She liked to quote Eleanor Roosevelt, saying “There is nothing to regret – either for those who go or for those who are left behind.”

A Celebration of Her Life will be held at a later date.