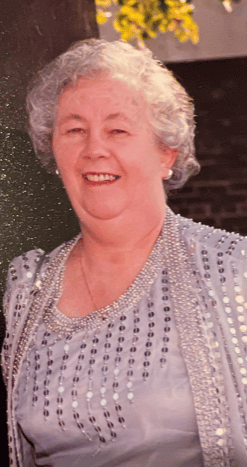 Spencerport, NY – Sunday June 5th, 2022. Age 83.  Born in Buffalo, NY.  Predeceased by parents Fred & Evelyn Segert, granddaughter Ashlyn Wynings.  She is survived by sons Jeff (Tammy), Greg (Rosanne), and grandchildren Tiffany (Matt), Michael, Nicholas, Anthony, Annemarie, Karis.  Brother Paul (JoAnn) Segert of Arizona and their daughters Heidi (Scott) Ryan of Arizona and Laura (James) Phillips of London, England.  As well as many cousins and special friends.  Carol was a retired teacher from the Churchville Chili Central School District where she taught Home & Careers for 34 years.  Carol was a member of the Order of Eastern Star.  Within her 65 years of membership she held many prestigious positions including a Worthy Matron, Secretary, and Grand Warder.  Carol was a member of the Retired Teachers Association, both at the State and County level.  Carol was an avid reader, accomplished cook and baker.  She was known for her cinnamon rolls, Jello salads, “mystery ingredient” foods and dinners.  And her pies which she made yearly for the Veterans at the Richards House.  Carol enjoyed trips to her favorite places in Buffalo which included Ted’s Hotdogs, Fowler’s Candies, and Federal Meat Markets. Carol enjoyed rock and roll music and would accompany her boys to many concerts when they were younger.  Carol was a lifelong Buffalo Bills fan.

Join us for Carol’s Celebration of Life on Thursday June 16th from 4pm-7pm at the Rochester Cremation Event Center.  Location 1118 Long Pond Road, in Greece, NY.  At 6pm there will be an Eastern Star Service.  In lieu of flowers, please consider a donation in Carol’s name to either the Richards House, 290 Cypress Street, Rochester, NY 14620, or the Wilmont Cancer Center at 601 Elmwood Avenue, Rochester, NY 14642.