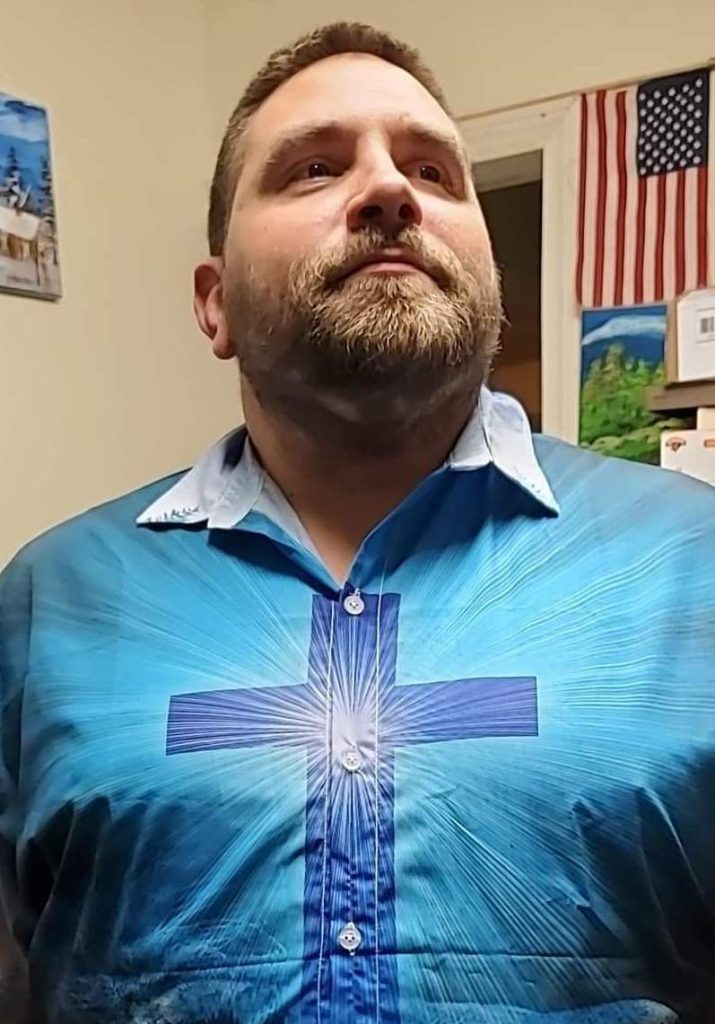 Daniel W. Cabrera JR. of Burlington, VT, went home to be with our Lord and Savior on Wednesday December 8th, 2021, after a month long battle from the COVID virus.

Dan was born in Burlington, Vermont on November 13th, 1981 to Daniel & Agnes (Harris) Cabrera. He was the oldest of 3 children.

Dan grew up in Burlington, Vermont and for a short time, in Arizona, graduating from Burlington High School in the class of 2000. He worked many years in the service industry being a light in the darkness no matter where he worked. His last places of employment were Ben’s Sandwiches and the Rotisserie Restaurant. His FAVORITE job, though on the side & in his spare time, was detailing cars, especially classic cars.

Dan made family time a priority and anyone who that knew Dan, knew he was a proud dad. His second passion was classic cars and he could be seen at many events with his children and his dad. Dan was also part of the Crosspoint Church family in Williston where he and his son BOTH got baptized a couple of years ago.

Here is part of a tribute that his brother Nicholas wrote.

“My brother Dan, is officially an Angel.

He’s going to a place where they are celebrating to get him. They know the type of man and person they are receiving and they could not be happier.

We are getting a lot of love and support from so many people. That shows how many lives and people Dan has reached. Dan didn’t care, who you were, where you were from, what your religion was, what skin color you are, how much money you had or didn’t have. Dan tried to connect to everyone, everywhere, and he remembered Everyone! He could talk to anyone and make them feel important.

We all knew the type of person he was. Wore his heart on his sleeve and always said whatever he was thinking. I see so many people saying how great of a person and father he is. That is all very true, but let me tell you. For as good of a father, friend and person Dan was, he was an even better big brother. I always said it, he was the best brother in the world. He always took care of me and did anything I asked of him. He would drop everything and anything if I needed it. He was a better brother to me than I was to him. That breaks my heart.

Dan is now at peace and no longer suffering.

Anything anyone would like to do, please pay it forward. Whatever that might be, donate blood, food, clothes, time, and maybe even some kind words to a stranger. When that person turns to say “thank you”. Tell them the same thing.

Pay It Forward. Anyone that knows Dan, knows that he was the most selfless person and always was looking to help others. That is how we Honor him and his name.”

We will see you again!

The family would like to thank and show our appreciation for both the ER & ICU staff at the UVM Medical Center that tirelessly cared for Dan until he was flown to Rochester NY to continue his care. We also want to thank and show our appreciation to the CICU staff at the Strong Memorial Hospital in Rochester, NY. Their communication & compassion didn’t go unnoticed; especially with our family being over 7 hours away. They not only took care of Dan, but also myself while I’ll spent many days there with Dan. Kudos to ALL the frontline healthcare workers !!!

Last, BUT not least, Pastor Todd, for checking in with me many times each & EVERY day and NIGHT. He made sure I was being taken care of both emotionally & financially while I spent over 3 weeks with Dan in NY. God sent me an angel!!

Saturday January 22nd at 10am, there will be a Celebration of Life at Vibrant Church at 2025 Williston Rd in South Burlington, VT.

In lieu of flowers, donations can be made to the St. Jude Children’s Research Hospital. www.stjude.org

Online condolences can be made at: www.rochestercremation.com

Arrangements were entrusted to the care of the Rochester Cremation in Rochester, NY.