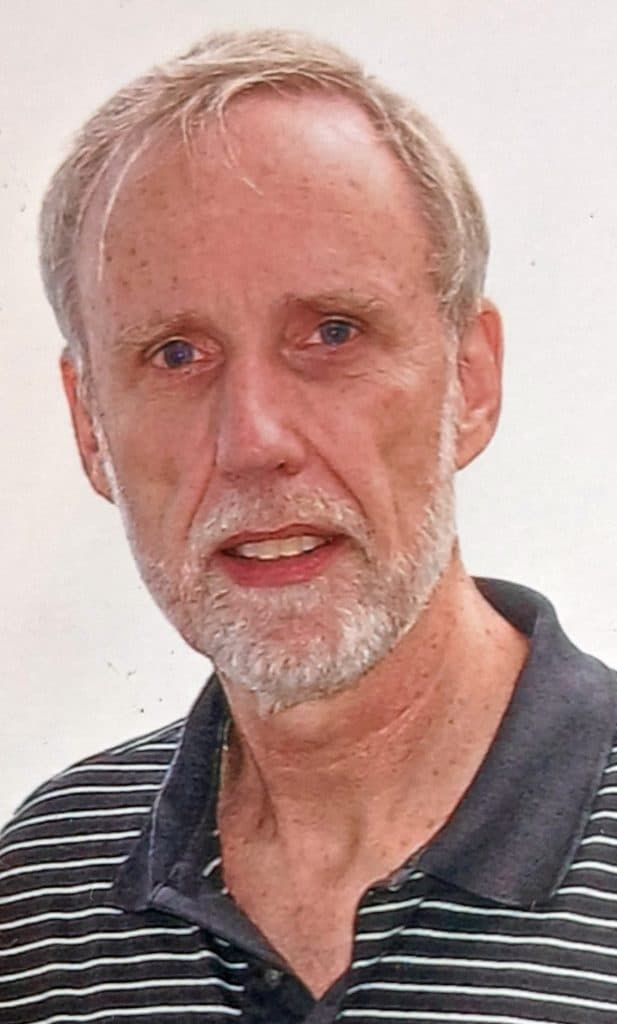 Victor, NY – August 31, 2021, at age 75. He is survived by his wife, Susan; sons, Clark and Bruce (Elspeth); sisters, Virginia and Barbara; and beloved friends and extended family members.

Born in 1946 in Orange, New Jersey, to William and Elizabeth Lee Pettig, David attended Hamilton College and Boston University law school before beginning his career as a trusts and estates attorney in the Rochester area.

In 2012, he met Susan and they formed an immediate connection. They married in 2015 and shared a joyful life together, filled with travel, theater, cooking classes, and family.

A proud father to his two sons, whom he raised in Brighton with his former spouse, Kim, he enjoyed spending time with them as a Boy Scout leader, baseball coach, computer game teammate, and later, on trips to Alaska and Scotland.

In his final years, he continued to embrace life even as he battled Alzheimer’s disease with courage, dignity, and his irrepressible love of physical comedy.

He will be remembered for his compassion, work ethic, love of all things mocha, and reminding us to be kind to our thoughts, since they’re in a strange place.

A celebration of his life will be held on Sunday, September 5th, at 2:30 p.m., at the Pond View shelter in Mendon Ponds Park in Monroe County. From Canfield Road or Clover Street, turn onto Hopkins Point Road and then onto Pond View Road.

David had been a long-time supporter of Foodlink in Rochester. In lieu of flowers, the family requests that donations be made to Foodlink in David’s memory.