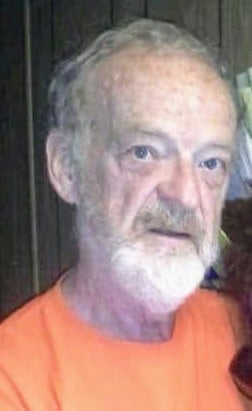 Passed away at his home in Harper Park in Rochester, NY 14625 with his sister Patty & daughter Lynnette at this side. He fought Cancer (Multiple Myeloma “blood cancer”) for the last 20months and was comfortable as he could be on Saturday, 11/07/2020 at 8am when he took his last breath.

David was a proud veteran having served “4yrs, 7mos, 28days” in the Airforce in Thailand and Vietnam. Having dropped out of school to join the service, he achieved his GED in the service and when he returned to the USA he enlisted in the Reserves. He worked for Kodak for a short time and then as a mason alongside his beloved brother Larry Cooper. From there he got into the alarm business where he met his 2 longest friends (40+yrs)- Paul Theodorou & Richie Papaleo- through his work at AC/DC Supply and his own company “Eastridge Alarm Distributors.” When he left the alarm business to be a Locksmith he was proud to hold several City of Rochester contracts through his employment at Upstate Safe & Lock. After an early morning house fire took his house, truck and tools, he worked under his own DBA “DC Locks” and had a few longstanding customers such as Fairport Baptist Home. He worked through his chemo & radiation treatments in 2019 & 2020 saying “as long as I am in an area I can pull a chair up under my butt, I will be there!” He was always a hard worker and loved fixing things around Lynnette’s house, especially with MiKayla holding the drill between his arms.

He was an avid reader- male authors ONLY- and was ecstatic to share this passion with his granddaughter MiKayla even though it often meant he couldn’t find his book because she had taken it in her room and started reading from where he had left it open to. Lynnette often found closets overflowing with his books, mostly mythical or action, spines barely cracked as he read them so fast, when attempting to retrieve a broom or hang a coat. Bowling was a hobby he shared with his ex-wife Susan B. Cooper and then eventually also with his kids in the “Father/Son” and “Adult/Junior” leagues at Dewey Garden Lanes & Maiden Lanes in Greece, NY. Also fishing and boating were more activities he shared with Lynnette & Brian when they were young, and owned a large “cabin cruiser” boat once.

The family will hold a get together in Spring/Summer of 2021 when they hope the restrictions by Governor Cuomo, that currently limit private gatherings to 10 people due to COVID19 spreading, will be lifted or at least eased for outside gatherings. Please pray especially for MiKayla as she feels she lost her best friend. There is a fundraiser setup through Go Fund Me (search “David Cooper’s Cremation” or try gf.me/u/y8fvui directly) where donations and messages can be left as his body was supposed to go to the Anatomical Gift Program thru U of R but that didn’t happen so there are unexpected costs.