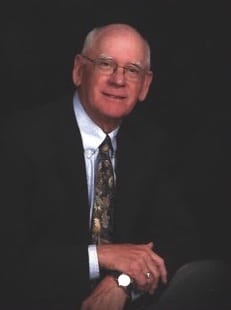 November 17, 2021 at the age of 81. Dennis was predeceased by his loving wife, Lydia, and his brother, William (Bill) Wake. He is survived by his children, Michael Wake, Anne (Michael) Wake-DePasquale, Timothy Coleman and Jeffrey (Holly) Coleman; grandchildren Jane and Cecilia DePasquale, and Patrick, Jillian and Aryanna Coleman; brother Jim (Nancy) Wake; and many beloved nieces, nephews, cousins and friends.

Dennis grew up in Cortland, Ohio, the second son of William and Mary Wake.  Dennis was always an athlete, playing both basketball and baseball at Cortland High School. He attended the University of Cincinnati for his B.S. in Mechanical Engineering and was a proud member of the Delta Tau Delta fraternity. Dennis had a long career in sales which took him across the country, eventually settling in Rochester where he made his home.  After working at firms such as Texas Instruments and Kodak, he began his own business, CV Sales, where he earned numerous awards. He retired from Northeastern Controls in 2003, a sales leader in his firm.

Dennis’s greatest joy was in time spent with the people who made his life so rich. He was an active member of his community at Greece United Methodist Church for many years, singing in the choir and happily volunteering his time. Dennis was also a concerned and kind neighbor, often found sitting outside his home, eager to chat with whomever happened to drop by. He was a supportive and caring friend to all who knew him, and he was a wise and loving father, grandfather, brother and uncle; he will be dearly missed.

Services will be held at the Greece United Methodist Church on 1924 Maiden Lane at 11am on Saturday, November 20, 2021. In lieu of flowers, the family requests donations be made in Dennis’s name to his church (www.greeceumc.org) or to Cancer Support Community Rochester (www.cscrochester.org).