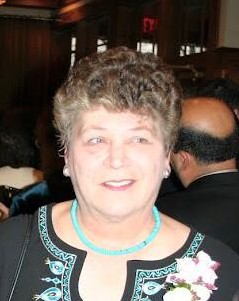 On Saturday, 24 October, I came home from a memorial service, to find Diane down on the garage floor. A quick check identified a probable stroke, including unintelligible speech. HVA and RFD responded quickly, and HVA/RFD personnel got her to Strong Memorial Hospital, in Rochester, with great dispatch.

Upon arrival, hospital staff went to work, attempting the magic that they are renowned for. After intubation, stabilization, and imaging, she was moved to ICU.

The strokes (5) were catastrophic, and devastating. With constant monitoring, and evaluation, consultation with Neurology staff, it was determined that she could not recover from these strokes and would be blind and in a vegetative state, if she survived the next few hours, and that the likelihood of survival as a functional, human being, was slim to none.

Her daughter, grand daughters, and my son and daughter were all called in. Wednesday morning, 28 October 2015, my anchor, my foundation, my compass in life, left this world to join her parents and other loved ones in God’s home.  I am crushed, exhausted, and empty. She has given so much, to so many, and now she is gone. Her devotion to Lauri Sue, through Lauri’s several brain tumors, and through years of follow-up, shows the love of a wonderful, caring, mother.  Her love of her grand daughters, and great grand children was deep. She was so proud of the kids and was constantly sharing photos of them with whomever she was conversing.

The family and I wish to thank all who have contacted us, in particular our HVA family, Rush Fire, Gates Pipe Band, MCSO, and finally our MILWIT family. Your prayers and well wishes have meant so much.

Per Dianes’ instructions, there will be no funeral and her remains will be cremated and scattered in the spring.  On Saturday, 31 October, from 1300 to 1600, the family will host a reception at Rush Fire Station #1, 1971 Rush-Mendon Road. Anyone wishing to stop by, have a cup of coffee, and reminisce is welcome to join us. Might even be a piper or two.

God Bless my love, my Diane!