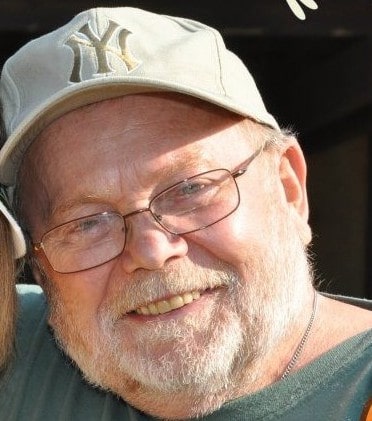 Don was a truck driver at Xerox for 34 years as well as a veteran of the United States Army. He was an avid Nascar, Bills and Yankees fan.   In his retirement, he enjoyed fishing, tinkering with computers, going out to the local diner, and puzzles.  He enjoyed spending many winters at his second home in Florida.  Don also enjoyed all the wonderful memories of his grandchildren around the house and spending time watching his favorite western with his dog Rocky.

Thanks to Unit 9200 and the Palliative Care Floor at URMC for their compassionate care. Thanks to Dr. Tibbins Scalzo and Dr. Ana Molovic Kokovic for their time, dedication and compassion. Thank you to Hurley Care Solutions for the countless hours advocating for Don.  Please send donations to the National Kidney Foundation in Don’s memory. At Don’s request, no public services will be held. Flowers and condolences may be sent to his home.