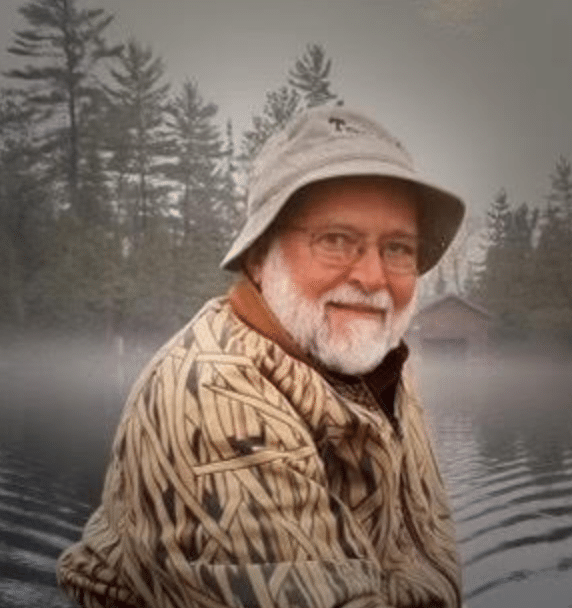 ROCHESTER, NY – Donald Robert Barry passed at age 93 on April 12, 2022, just as he would have scripted it. He lived independently, sharing stories and meals with his family, friends, and Lakeview Community Church consistory until his final days. COVID-induced pneumonia caused a swift and relatively painless passing. Don was an eternal optimist, lifelong learner, strong-willed and patriarch of the family he held dearly.

Don was born in Rochester, NY on May 23, 1928 to the late Robert Francis Barry and Jessie Woodams Barry. Jessie and Robert shared a love for the outdoors, learning, exploring and Canada’s North Woods that was passed on to Don, and his older siblings Dorthy and Thomas.

As a young man, Don traipsed around the marshes on the shore of Lake Ontario where he trapped muskrats and sold their pelts used in hats for WWII soldiers. In the summers, he canoed with his family in the North Woods of Ontario.

The depression molded Don’s formative years. His father sold their house in the city of Rochester and they lived full-time at their cottage on Edgemere Drive. Surrounded by aunts, uncles and cousins, the family held all nine cottages on the street, and strong family values emerged.

Don attended a single-room elementary school house on Latta Road with an outhouse. In his teenage years, he and his wingmen, cousin Pete Woodams and older brother Tom, were often “up to no good.” From the vinegar works, to duck hunts and paper deliveries, they had a presence in the neighborhood. And so did Bismark, their German short-haired pointer who marched through the exam room at the U of R and defended the “Alpha Delt” house from intruding recruits from the fraternity next door.

The trajectory of Don’s life was forever changed when a classroom at Charlotte High was double-booked and there weren’t enough seats for all the students. As luck would have it, a beautiful woman in a yellow dress stood in the corner and caught his eye. He gestured to her and gave her his chair. From that moment, Don and Mary were forever together until her death in 2016.

They were married in 1950, as Don was pursuing a masters in geology. When good news arrived that Mary was expecting their first son, Mary suggested in no uncertain terms that it was time for Don to find a real job. He launched his career, starting as a metallurgist at General Motors. Don and Mary were blessed with three fine boys. Their boys’ shenanigans were not limited to bathtubs full of wet clothes, to BB’s gun shootouts in the garage, broken windows, bottle rockets, slingshots loaded with grapes, and late night returns from being out with their sweethearts.

Don always looked up to his brother Tom. Tom had taken the road less traveled, following geese to their Arctic breeding grounds with his wife Pat and son Sam in tow. Don joined Tom on what was the last expedition in search of the Eskimo Curlew, an Arctic nesting shorebird that was feared extinct. They traveled by helicopter for weeks searching for this ghost bird, stopping in at the places the bird could still be hanging on, and moving along their route of fuel caches. From close encounters with Grizzly Bears, wolverines in the abandoned church, the warm hospitality of Inuit friend Billy Jacobson, and capturing swans with shepherds crooks for research, the Arctic tales were endless. When Don returned after several weeks in the Arctic he hadn’t shaved and was looking a little “grizzly.” From that point on he was affectionately known as “Grizz” to all the grandchildren, and soon the entire neighborhood.

Grizz retired from the Industrial Management Council In 1984. During retirement he continued to quench his thirst for travel. He ventured with Mary to Spain and Italy, then explored the American West from the Columbia River gorge to the mesas of Arizona. In his later years, he traveled with the boys to hunting camps in Africa, marshes of Mexico, the pampas of Argentina, and wilds of Alaska.

All the while, his heart never left the North Woods of Ontario where his childhood tradition of canoeing carried through to his boys and grandchildren. Grizz restored canoes in the winters and worked out at the YMCA gym to be able to carry them on his shoulders well into his eighties. He dreamed of misty morning paddles, yodeling loons, and catching walleye by moonlight.

Memories of Grizz will live on with all of us. We find inspiration from his curiosity and  cherish his optimism and values that shaped us. We imagine Grizz paddling along a calm northern lake, in a beautifully restored old canoe with a black lab bearing a single-syllable name perched in the bow.

And while the boys may still want to know, who was the favorite son? In the words of Don’s favorite poet, Rudyard Kipling, they will say:

You were the finest man I knew.
I will meet you at the place where you have gone.
By the living god that made you,
You are a better man than I am.

Don is survived by his three sons, Robert, Stephen, James, grandchildren, and great-grandchildren.

In lieu of flowers, and in honor of Don’s conservation-oriented spirit, gifts can be made to protect local lands via the Genesee Land Trust. (https://www.geneseelandtrust.org/tribute-gifts) 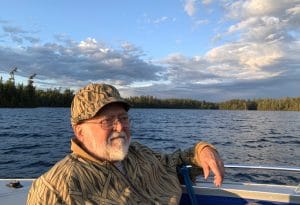