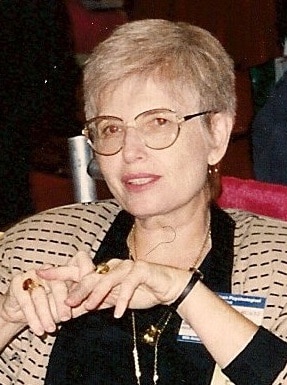 Dr. Mednick graduated from Evander Childs High School in The Bronx, and earned a Bachelor of Science in Education at the City University of New York. She earned a PhD in Psychology at Northwestern University in Evanston, Illinois.

Dr. Mednick retired from Howard University in 1995, where she was a professor and mentor since January of 1968. She founded Division 35, the Society for Psychology of Women, of the American Psychological Association and served as president of the Society for the Psychological Sudy of Social Issues (1980-82). Her contributions were wide and impactful in the fields of psychology, race and gender studies, and social justice.

To honor her memory, please donate to The Southern Poverty Law Center.