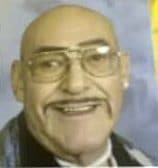 Rochester, NY: Edward Burgio died December 27th 2018. He will forever be remembered. He was born December 11th 1939. He was the youngest out of 3 children and spent his childhood in New Orleans LA where he was greatly loved by his mother Margret Burgio and his father Joseph Burgio who raised him. In his later years he moved to Rochester NY. In Rochester he met two beautiful women his first wife who did pass away, which led him to meet his current wife Lula Jean Smith Burgio. He helped raise his step children Zuwena, Kenya and his granddaughter Adjuah Wright, which he did a wonderful job. He was always smiling and a child at heart. His favorite food was New Orleans sea food and spaghetti and his favorite desert was ice cream. Hes always willing to lend a helping hand where ever he was needed. And with that being said he chose the best career path to be a painter in which he was very skilled in and loved doing. Edward Burgio was a great man and forever will be.