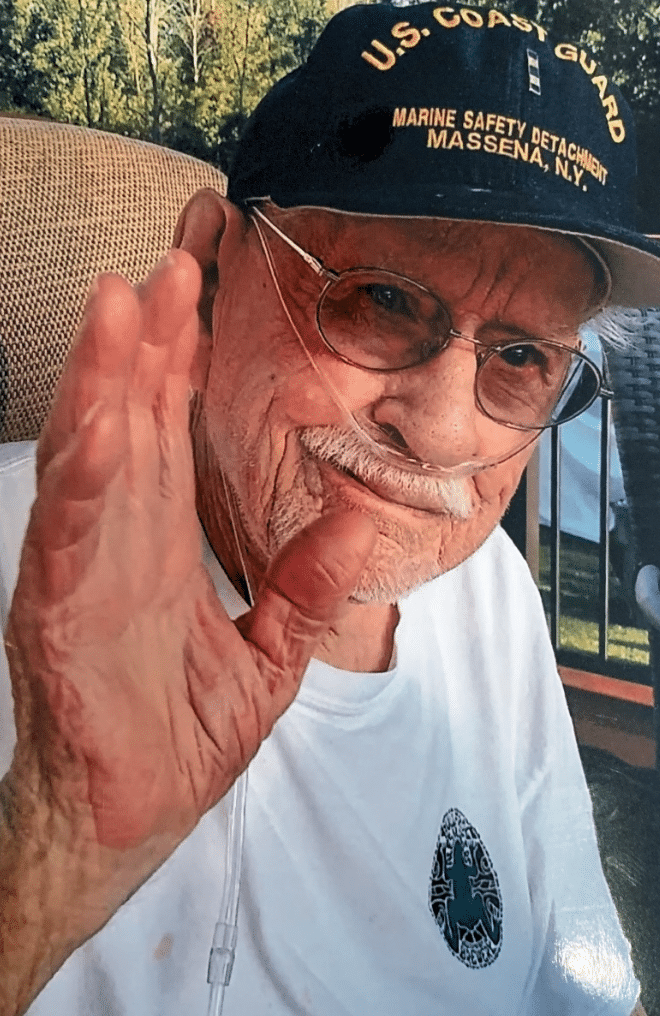 He is survived by his brother Roger, sons Edward (Lexie) and Christopher (Rhonda), daughter Laura (Michael Miles) and several grandchildren and great grandchildren.  He was predeceased by Norma, his loving wife of 62 years, and his siblings, Marlene (Mallen), Billy, and Gordon.

Ed was forever the adventurer starting by his leaving home at 16 and hitchhiking from New York to Florida and Louisiana.  As soon as he was old enough, he joined the U.S. Merchant Marines and sailed the world on Liberty Ships and other freight ships for 10 years.  Meeting Norma changed his life and he decided to stay ashore.  The U.S. Government intervened in their bureaucratic wisdom and drafted Ed at 28 sending him to work on tugboats in New Foundland and New Orleans.  After his discharge, Ed and Norma left the French Quarter and returned to Rochester, NY to where he raised a family and worked at Eastman Kodak for over 25 years.  During this time, he earned his GED and Engineer licenses.  He also pursued his passion for sailing with yearly charter trips.

Ed and Norma retired to Sebastian, FL where they lived for over 20 years while they traveled the world.  He spent his final years in Brockport, NY.

A celebration of life will be held at the Brockport Area Veterans Club on Saturday, February 26 from 3:00 to 6:00 pm.

In lieu of flowers, donations can be made to Project Liberty Ship, The National Maritime Historical Society and The Area Brockport Veterans Club.