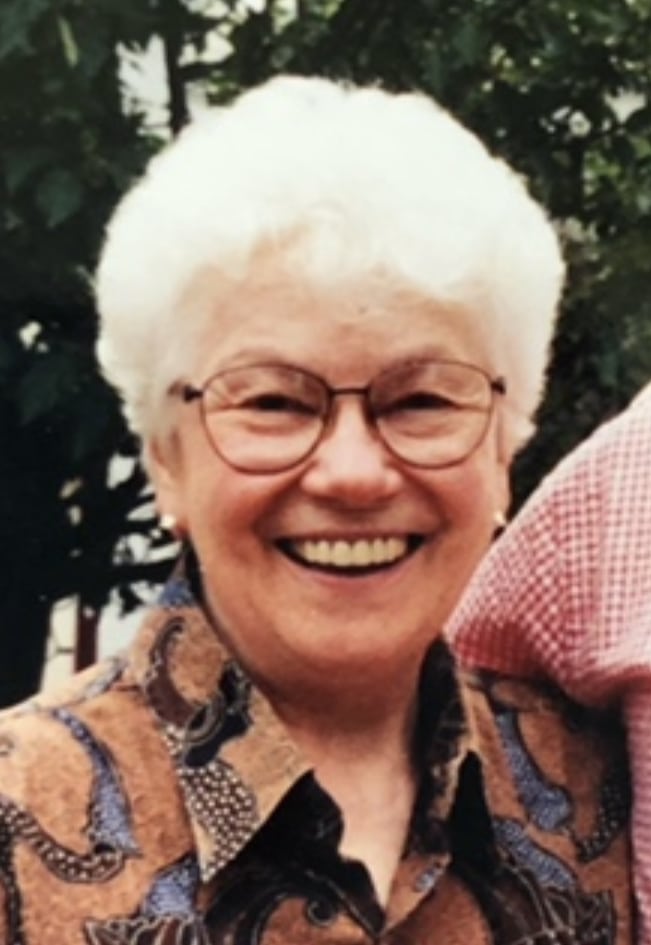 Elizabeth Woods Riggs, passed away peacefully on May 21, 2021, at the age of 98. She was predeceased by her parents, Francis B. Woods, Sr. and Mary Rose Agnes O’Neill Woods along with her husband of 27 years, John Riggs, his son, John Riggs, Jr., granddaughter, Sara Mae Bush, son-in-law, Christopher Taft, dear friend, Patricia Langan and her brothers Charles F. Woods, Jr. and Francis B. Woods, Jr. She is survived by her step-daughter-in-law Martha Riggs (John), and stepchildren, Lorraine Taft (Christopher), Ann Riggs Yetter, Martha Malloy (Jim), and Matthew (Paige) and two generations of cherished nieces and nephews and step-grandchildren.

Elizabeth was born August 12, 1922, in Youngstown, Ohio and later moved with her family to Philadelphia around 1934.  She spent 30 years after high school as a sister of Notre Dame de Namur, where she eventually earned her PhD in English literature. She worked as an English professor at various eastern colleges and became Academic Dean of Trinity College in Washington, D.C., in 1965. After leaving the convent in 1970, her career included Associate Director for the Middle States Association of Universities and Colleges and later President of Keuka College in 1978.

During her marriage to John, they lived in London, England, Annapolis, Maryland and New Smyrna Beach, Florida before moving back to Rochester, New York in 2014 to be closer to family.

A funeral service for Elizabeth will be held at 10 AM on Saturday, June 19th at St John of Rochester Church, 8 Wickford Way, Fairport, New York.