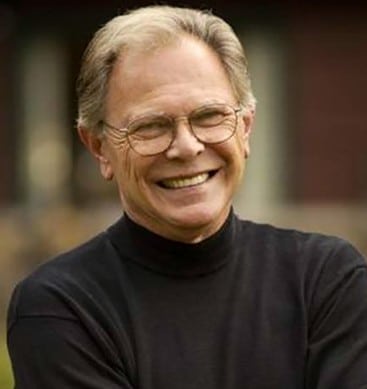 Frederic J. Skalny, a native of Rochester, New York, spent the majority of his adult life serving the Rochester community and investing in education. He received a B.S. from SUNY at Geneseo; an M.A. from Indiana University; a Ph.D. from SUNY at Buffalo; and had a career in college teaching and corporate training.

Frederic served as President of the Board of Directors of the Polish Heritage Society of Rochester (PHSR) and was active in the Rochester-Krakow Sister Cities Committee, the Polish American Historical Association, and the American Council for Polish Culture. He worked to reshape the Polish Heritage Society of Rochester into a significant organization for the preservation and promotion of Polish heritage in the greater Rochester Community. He created and served as editor of the organization’s quarterly newsletter, Rochester Polonia News, and created programs about Polish-American culture to share with the general public. In addition, he was responsible for the re-publication of the history of Rochester’s Polonia: Shoulder to Shoulder—Polish Americans in Rochester, NY 1890-2000 by Kathleen Urbanic.

Frederic served on the boards of the Joseph and Irene Skalny Charitable Trust and the Louis Skalny Family Foundation, and was active beginning in 1994 in building their hallmark program, the Skalny Center for Polish and Central European Studies at the University of Rochester. The Center has supported an active academic exchange of faculty and students between the University of Rochester and the Jagiellonian University in Krakow, Poland, since 1995.

He was also a manager for the Joseph and Irene Skalny Endowed Scholarship at St. John Fisher College. Through this scholarship, over 700 students have been able to pursue a college degree at Fisher. In addition, Frederic was instrumental in helping the college upgrade the Skalny Science Center with state-of-the-art equipment, restore the Nicolaus Copernicus sgraffito on the external wall of Kearney Hall, and create the Joseph S. Skalny Welcome Center.

In conjunction with the Louis Skalny Family Foundation directors and the American Council of Polish Culture (ACPC), he helped to establish an annual scholarship program, administered by ACPC, in memory of his grandparents, Louis and Nellie Skalny. He was also responsible for the continuation of the John T. and Leona G. Skalny Scholarships, in memory of his parents, in the School for American Crafts at Rochester Institute of Technology.

Frederic was a recipient of the distinguished Cavalier Cross of Merit from the Republic of Poland, the Distinguished Service Award from the Polish American Historical Association, the Cultural Achievement Award from the American Council for Polish Culture, the Mayor’s Renaissance Award, the President’s Medal for Service to St. John Fisher College and the Rochester Community, and the Plus Ratio Quam Vis (Reason before Force) commemorative medal, which honors persons distinguished for eminent services to Jagiellonian University in Krakow, Poland.

Friends are invited to join the family September 22, 2016 at 4PM in the Skalny Welcome Center at St. John Fisher College for a celebration of his life.