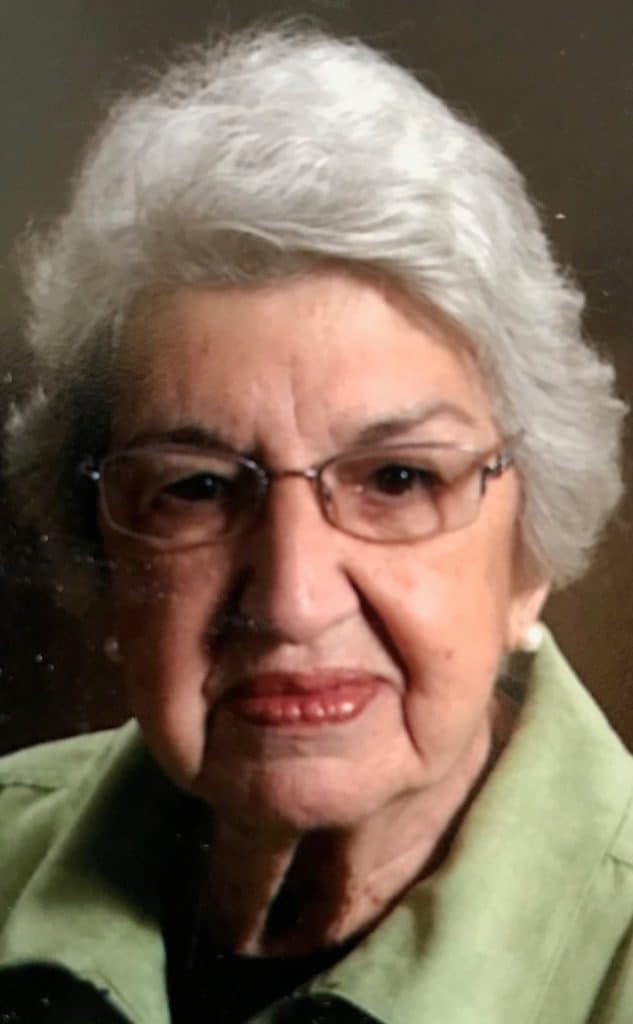 Pittsford, New York: On 8/9/2020 passed away peacefully at age 98 surrounded by her family. Born in Fall River, MA, March 3, 1922, Georgiana Supra, nee Souza, lived in Prospect, CT from 1958 to 1996, when she moved to Pittsford, NY to be near family. Predeceased by her husband, Stephen Supra in 1985, and her  grandson, Ian, in 2015. She is survived by three children: Joyce Molloy (Michael) of Lewes, DE, Christopher Supra of Orlando, FL, and Elizabeth Supra-Johnson (Joseph) of Pittsford, NY; grandchildren Michelle (Joshua), Alexis, Brian and Matthew; great grandchildren Caroline and Gavin.

While residing in Prospect, she was active in The Prospect Senior Center, where she served as Treasurer & enjoyed many social activities and group trips. She also served on the board of The Prospect Library as Treasurer. After her husband’s death, in her 60s, she took classes in Finance & Economics at The  University of Connecticut in Waterbury, saying she ‘didn’t need a degree – just needed to know she could do it’ as she had never had a chance to go to college.  She showed her children how it was done, earning straight A’s!

After moving to Pittsford ‘Georgie’, as all her friends called her, became a member of St. Louis Catholic Church. She quickly established herself as a member of the community by joining the Pittsford Senior Center, becoming the Treasurer and enjoying the many sponsored trips and activities. Talented as an accomplished seamstress, she took up painting in her late 70s and exhibited and achieved several awards over the years. Active as a spectator of baseball, hockey and football (especially when her grandsons were competing), she remained a Buffalo Bills fan.

Georgie fell in love with travel at an early age, travelling in her 20s with her sister-in-law to Cuba to see her brother who played soccer on the U.S. National Team.  That was followed trips with family and friends to Iceland, Hawaii, Spain, Portugal, islands in The Caribbean and Mexico.

Georgie moved to Cloverwood Independent Living at the age of 80 & quickly became known as ‘The Mayor’. She loved the friends she made & became a master puzzle maker, Wii Bowler & ready  party joiner. After 16 years, she moved to Glenmere Assisted Living where she made new friends, continued her puzzle making & discovered a love of Bingo.

Her family wishes to extend their gratitude for the 16 years Mom spent at Cloverwood , where among friends and staff she continued to thrive and for the loving care she received in her final 2 1/2 years at Glenmere Assisted Living.

She was a devoted and loving mother/grandmother/great grandmother. She will be missed by all who came in contact with her love of family, friends and life…and her smile and lovely dimples!