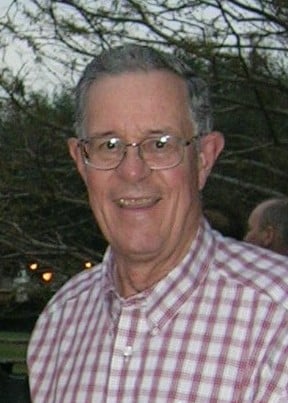 Gordon was an avid softball player and a loyal fan of NY Yankees baseball.  He was inducted into the Rochester SSSA Softball Hall of Fame in 2012.  He was a member of Penfield Racquet Club for several decades.  Gordon enjoyed collecting and categorizing stamps and coins.  He was a volunteer driver for Penfield Ambulance and for SOFI of Perinton.  He enjoyed traveling–especially to places with surf.  He liked to keep his mind sharp with Sudoku, crosswords, Quiddler, and Jeopardy!

Gordon retired from Eastman Kodak Company in 1991 after 27 years of service.  He worked on photofinishing for the Kodak Disc camera project, microfiche, and numerous other initiatives.  After his first retirement, he became a tax preparer at H&R Block.  Gordon earned a Bachelors in Mechanical Engineering from Rensselaer Polytechnic Institute in 1956 and was a member of the Sigma Alpha Epsilon fraternity.

Gordon is remembered as a beloved husband, father, grandfather and friend.  In lieu of flowers, please consider sending a donation in Gordon’s memory to the Parkinson’s Foundation (https://Parkinson.org ) or the Miracle Field for differently-abled ball players (https://RochesterMiracleField.org/donate/ ).

Due to a Covid emergency, services have been postponed.