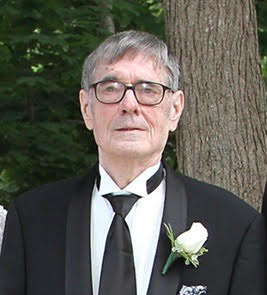 Pittsford, NY, passed away quietly on January 2, 2017.  An aviation enthusiast, amateur historian, as well as dangerous on a harmonica.  A voracious reader, Steve was interested in everything but had a particular fondness for WWI and WWII aircraft. He had a remarkable ear for music, enjoying a variety of genres from Scott Joplin to ABBA. Steve was also a connoisseur of truly terrible, schlock horror movies but will be remembered more and missed most as a loving husband, father and granddad. Steve is survived by his wife of 56 years, Julia Colson Boreman whom he adored beyond words, his children, Helen (Boreman) Bradacs (Robert S.) of Honeoye Falls, NY and Steve Boreman (Julie S.) of Columbus, OH. He has four surviving grandchildren, Joshua Wolf, Evelyn, Alta and Clyde Boreman to whom he passed along his love of reading, music and “B” movies.

Born in Parkersburg, WV to Cornelia (Campbell) Boreman and the Honorable Herbert S. Boreman, Sr., he is preceded by them in death with his sisters, Evelyn (Boreman) Parks and Cornelia “Nene” (Boreman) Graham. He lived most of his life in New York State, however his heart remained in West Virginia. He attended WVU, graduated in 1956 and returned, after 4 years as an officer in the Navy, to earn a law degree under Dean Clyde L. Colson, his future father-in-law. An attorney until the mid 1970s, Steve changed careers to become an award-winning teacher of programming in the early days of personal computing.