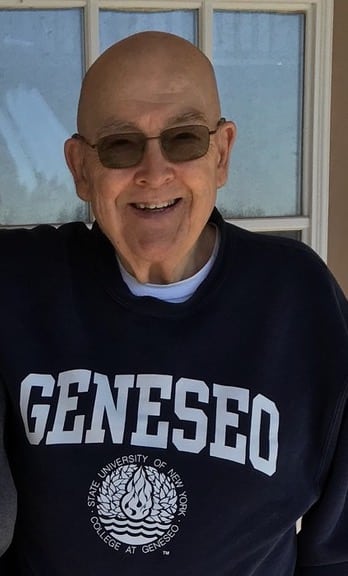 Herb is predeceased by his parents, John and Evelyn Gregory and brother Jack (Jackie).  He is survived by his wife of 61 years, Katherine;  daughters Erin (Kevin) Haude and Kristen Corbran.  Herb cherished his grandsons Bryan (girlfriend Alex Curre) and Blake (Madi) Haude and Garrett Corbran (girlfriend Marina Attia), along with his great granddaughter Josie Lyn Haude.

Herb served in the U.S. Air Force and retired after 38 years with the Eastman Kodak Company.  He was an avid Toronto Maple Leafs fan with the highlights of his life being able to watch his grandsons participate in hockey and soccer games, and getting a “high-five” from his great granddaughter Josie.

A military graveside service will be held at the convenience of the family.