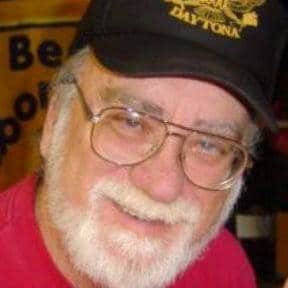 Randy was born on December 24, 1943 in Gadsden, Alabama, and then when at a young age, his parents moved to Anoka, Minnesota. It was there where he found his love of sports, and excelled in wrestling, which led him to a wrestling scholarship at the University of Minnesota. He led a full adult life, and started several businesses, including the “TV Man”, selling television sets door-to-door back in the 1960s. He moved his young family to Fort Myers, Florida where he started more businesses called “The TV Man” and “The Computer Man”. He later started his own hair supply business, selling products to independent businesses in cities and towns all over the country. Later in his life, he began a career where he sold credit card processing for various banks located in California and Michigan. After his retirement, he continued with his hobby of fixing laptops and computers in the Rochester, NY area.

Randy was an avid billiards player, and especially enjoyed playing “one-pocket” with many people in the local Fort Myers’ pool halls. He passed along the love of billiards to several of his children as they were growing up. He also loved to follow the Minnesota Vikings football team, as well as watching and cheering on most sports teams. He started writing poetry when he was a little boy, and continued to write beautiful poems almost up to when he passed away. He continued his love of traveling after he retired, often visiting his grown children and grandchildren in the Florida, California, Pennsylvania and Ohio areas. He would love to just sit and talk with them, guiding them gently with his words of wisdom. His sense of humor was a large part of who he was, as many in his life could attest to.

The family held a private service celebrating his life while they were all in Rochester.

They would like to thank the many wonderful doctors, nurses and staff at the Rochester General Hospital who gave Randy wonderful care during his final days.