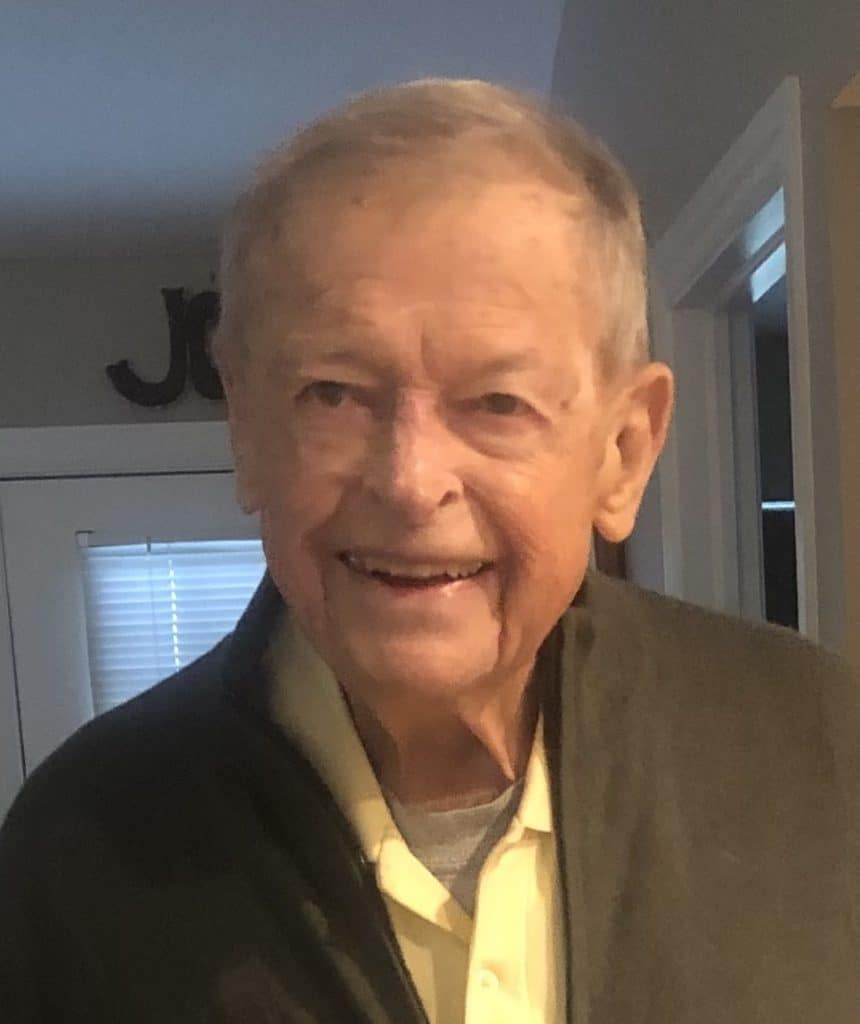 Hugh Emmett Irwin, age 98, passed away peacefully on February 6th, with loved ones beside him at home.  He was born October 2, 1922 at Highland Hospital in Rochester.  As part of the greatest generation, Hugh’s life was defined by the Great Depression, as a Marine fighter pilot in WWII and Korea, and as a businessman working for Eastman Kodak Company in sales and marketing.  He was a loving husband of 67 years to his beloved wife Margo (Margaret Hawkins Irwin), who predeceased him by 11 months, ensuring that they never spent a Valentine’s Day apart.  Together they brought five children into the world:  Kathryn (Fred) Celentano, Christine Biasetti, Jesse (Sue) Irwin, Amy (Lanse) Toth and Alison (Peter) Jameson.  He was grandfather to 21 grandkids and great grandfather to 20 great grandkids with a 21st great granddaughter arriving one day after his death and twin great granddaughters expected this summer.  He was very pleased to see the many offspring in the generations that followed him, often quoting Psalm 128:6 that he was blessed to see his children’s children’s children.

A native of Chili, Hugh began schooling in the town’s “District No. 2”, a one room schoolhouse with 35 students in grades 1-8.  His boyhood was filled with outdoor adventure including hunting, fishing, trapping and helping out as a farmhand at the Zuber farm with his school chums Vic and Vincent.  He also had a paper route when the daily was a penny and the Sunday edition two cents.  He collected 10 cents a week from his customers and the extra two cents was his pay!  No wonder that he was still telling his children “A penny saved is a penny earned” decades later.  He graduated from Madison High School in 1941 and then attended Denison University in Granville, Ohio, alma mater for his siblings Donald and Grace also.  At Denison, he was a member of Beta Theta, played football, and was a captain of the track team. At the onset of WWII and during his sophomore year, Hugh enlisted in the Navy V-5 Flight Program and went on to receive his Navy Wings and commission as a Second Lieutenant USMCR upon graduation from the Naval Air Station in Pensacola, Florida.

As a Marine fighter pilot in the F4U Corsair, Irwin flew 100 plus missions in the Pacific theater.  His closest brush with death came when a 500-pound bomb failed to release during a routine mission and detonated as he landed, blowing his plane in half but miraculously sparing his life.  He then spent two months recovering in what he called “hammock duty” before he resumed flying two months later on Okinawa.  When hostilities with Japan ended, he was released from active duty and returned to Denison where he was elected President of the “D” Association, Omicron Delta Kappa Men’s honorary society and senior class before graduation in 1948.  He was hired that year by Kodak, but after being promoted to Captain he was recalled to serve again with the 1st Marine Air Wing in Korea. Before leaving however, he and Margo would marry in April 1952, after knowing each other just 3 months! Again, released from active duty in 1953 he was transferred to the Retired Reserve.  Because he did not ever receive discharge papers, Irwin would comment that the “Once a Marine, always a Marine” slogan was certainly true in his case.  Among his decorations, Irwin received a Presidential Unit Citation, the Asiatic Pacific Campaign medal with three stars, the Korean Service medal with one star, the Korean Presidential Unit Commendation Ribbon, the Philippine Liberation medal, the Philippine Republic Presidential Unit Citation, six Strike/Flight medals, two distinguished flying crosses, and the New York State Conspicuous Service Cross with five stars.

In his later years, Hugh would attend several air show gatherings honoring the Corsair and the few remaining pilots, even getting one more chance, in his 90’s, to fly in a two seater and take over the controls from the lead pilot.  These gatherings grew into a correspondence with some of these pilots, and Hugh was the last of them.  More recently, Hugh became a favorite at the National War Plane Museum in Geneseo, NY.   In 2018, he was honored by the dedicating of a 3/4 scale Corsair in his name. The plane, owned by Jodi Beyer, a museum volunteer and historical interpreter known as Rosie the Riveter by her fans, is used for shows and parades and now bears Hugh’s name, rank and active duty details, as well as his service nickname “Yogi”.

After Korea, Irwin returned to Kodak and held various marketing positions in Atlanta and Rochester before retiring in 1983.  Retirement activities included hunting, fishing, gardening, golf, travel, and following grandchildren’s sports.  As a longtime member of Locust Hill Country Club, his only claim to golf prowess was carding 3 holes-in-one on the course’s fifteenth hole. Hugh’s life was truly remarkable and filled with many adventures and achievements, but at heart he was a simple farm boy who loved the Lord and loved spending as much time as possible enjoying His creation with the people he loved.  His backyard pool was the gathering place for his large family and the many resulting offspring.  Daily pool laps in the summer and his basement gym (including a homemade barbell with concrete filled paint cans) kept Dad in amazing physical condition for his years.  He loved to sing, especially hymns, with a wonderful tenor voice and on his last day his children sang his favorite hymns to him as he was fading. From a journal page entitled “Important lessons you’ve learned in life” Hugh listed the following:  *Trust in God as your Lord and Savior, *Honor your father and your Mother, and *Tell the Truth (and the truth will set you free).

The family would like to thank the many people who served Mom and Dad over the course of their lives together.  One of Dad’s goals was to remember the names of those who cared for them.  You may be among those who were amazed that a month after meeting you for the first time, he called you by name.  That wasn’t by accident but showed the respect he had for the people he met throughout his many life’s journeys.  Each of you who knew Dad were also known by him in a special way so again, as a family, we say “Thank You” for sharing in our Dad’s life in your own special way.

Please save the date and watch this website for more details to come.

And in the meantime, we salute you Captain Irwin – Semper Fi! 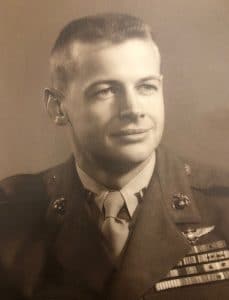 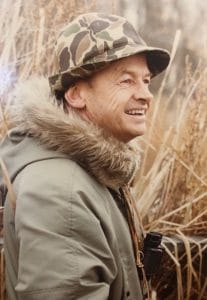 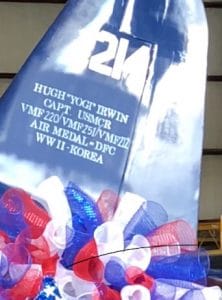 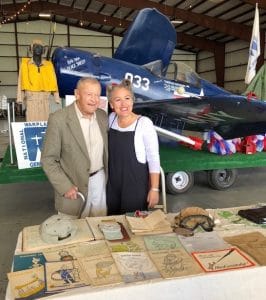 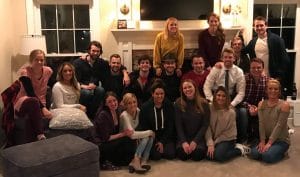 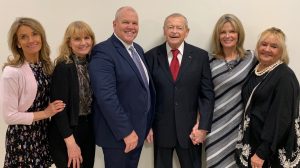 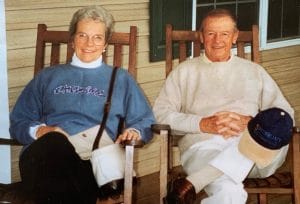