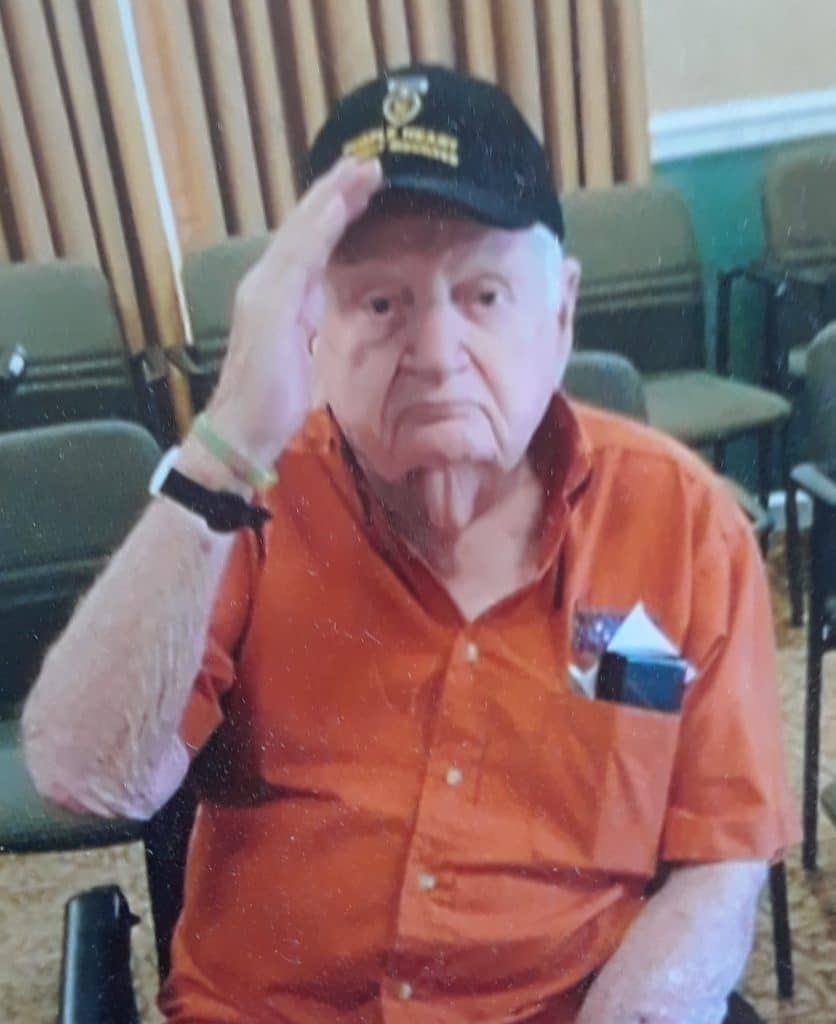 James is predeceased by his beloved wife Marion. He is survived by sons: Michael (David Merritt), Craig (Angela); Mark (Terry); Jim (Sharon) and by his daughter Wendy (Chris) Pettine. He was blessed with 10 grandchildren and 10 great-grandchildren.

Jim had a long career in Rochester with ITEK Corp. (formerly Photostat Co.). After retiring he found the musical stage; singing and dancing with many Rochester performing arts groups that put on fundraising shows for local schools and organizations. He lived his last 10 years at The Villages at Unity where he was a beloved member of the chorus. Jim had a life-long love of singing, was a skilled artist, and a trained drum player.

Jim was a proud Army veteran, having served his country with distinction during World War II. He was a member of Merrill’s Marauders, who were awarded the Presidential Unit Citation and also the Congressional Gold Medal. In addition, Jim was a recipient of the Bronze Star and a Purple Heart.

If so interested, donations can be made to Honor Flight Rochester in Jim’s memory.

A Celebration of Life will be held on Thursday, July 22nd at 10 am at Holy Sepulchre Cemetery, St Francis Colombarium.