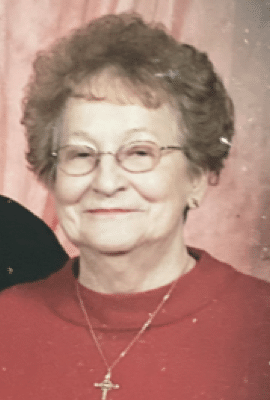 Janet was born in Clearfield, PA. She went to the Lord on January 9, 2021 at the Highlands of Brighton. She was preceded in death by her beloved husband Ray. Janet is survived by her children; Thelma (Rick) Johnson of Marengo, OH, Cindy (Hal) Kreter of Penfield, NY, and Raymond (Lori) Luzier of Joshua Tree, CA. Grandchildren Kimberly (Jason) Reformat, Jason (Casey) Annis, Justin (Amanda) Luzier, Vincent (Rachel) Luzier, Stephen (Kara) Kreter and Melinda Kreter. She also had nine great grandchildren.

Janet was a long-time resident of Genesee County. She had been employed at the East Pembroke school in the cafeteria, Klotzback Egg Farm and Jim’s Saloon. Janet was friendly and outgoing. She loved to crochet and made blankets which she gave to veterans of the VAMC where she also volunteered as an escort for the DAV VAMC van.

There will be no calling hours or service. Janet will be interned with Ray in Joshua Tree, CA.