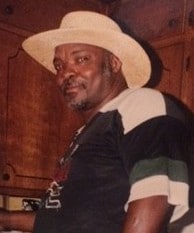 Jasper was educated in the Spay, Choctaw County School system. After high school Jasper  moved  to Rochester, NY and  was employed by the Eastman Kodak Company/Monroe Community Hospital. On September 14, 1974, Jasper married Shirley Valion.  Jasper’s hobbies included:  motorcycle riding, fishing, listening to music and singing. He was well known in the Hearing Impaired Community as loving and gregarious.

Although Jasper was baptized as a child, He recently rededicated his life to the Lord. He  insisted on leading the family in prayer before leaving family gatherings. He spent his last days studying the word of God and singing praises to the Lord.