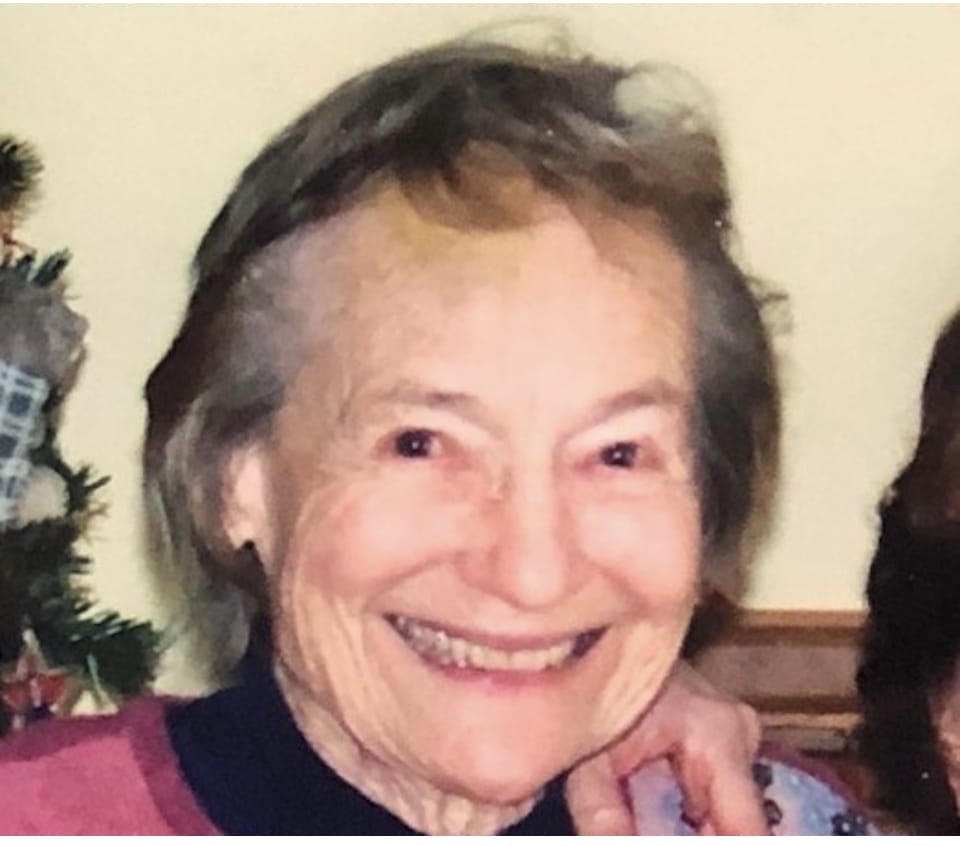 Jean Betty Wetzel, 95, of Brighton, NY, passed away peacefully in her home on June 15, 2022. Jean is preceded in death by her husband Joseph Paul Wetzel, 9/4/1925 – 8/10/1981. She is survived by her five children: Roy Wetzel and his wife Paula (Fremont, CA); Steven Wetzel (Mesquite, NV); Christopher Wetzel and his wife Ying (Brighton, NY); Marianne Wetzel and her husband Bruce Crandall (Santa Barbara, CA); and Michael Wetzel and his wife Tirza (Columbia, NJ).  Jean is also survived by her seven grandchildren Kristi (Dwyer), Brian, Allan, Kevin, Siobhan, Claudia and Julia, and 5 great grandchildren Marley, Isabella, Jada, Brianna, and Remy. She will be missed by her niece Barbara (Shafer) Michaluk and daughter-in-law Sue (Vitale-Wetzel) Buteau, in addition to several other nieces, nephews, and an abundance of very, very special friends.

Jean was born in Newark, New Jersey, and lived in Newark and the surrounding area up through 1957 when she and her husband moved to Lake Hiawatha, NJ; finally settling in Rochester, New York (Penfield and Brighton) where she lived out the rest of her life.

Jean had a colorful childhood, but her most vivid memories were those of the teachers that touched and changed her life. When Jean was in 9th grade, her teacher took her class to the Metropolitan Opera House in New York City. This is when her love of classical music and opera “reached deep inside.” Her first opera was ‘Peter and the Wolf’ accompanied by Tchaikovsky’s Fifth Symphony which remained her favorite symphonic piece.

Jean graduated high school when she was 15 years old and immediately began working for the Essex County Vocational Schools Jr. Employment Service. This began her lifelong volunteer and career work all related to education and teaching (she was even a bus driver for physically challenged children).  Jean was born to be a teacher, most importantly a teacher on how to live an honest, healthy, fulfilled life. Jean’s gift to guide others to be the best they could be and to reach their full potential was not only accomplished in the classroom but with her children and grandchildren as well.

After being pen pals while serving in the U.S. Marines in WWII, Joe (who was from Miami, FL) and Jean were married on July 19, 1947 after Joe was discharged.  They lived in and around Newark, NJ until 1958 when they moved to the ‘burbs’ in Lake Hiawatha, NJ, with their then 3 young boys.  They would have two more children while living in Lake Hiawatha, a daughter and another son.  In August 1976, Jean moved with her youngest son to Penfield, NY to be with Joe who had moved to Rochester1-1/2 years earlier after being transferred with Addressograph Multigraph (Mountainside, NJ) to Rochester (Culver Street).  After Joe’s death in August 1981, Jean decided to remain in Penfield because she “really liked living in Rochester.”

From a young age, Jean questioned religion, not having grown up with a connection to any one religion.  As a young mother, she tried and tested many religions and beliefs, but never settled on any one in particular. After 5 years of living in Penfield and still feeling lost without her huge network of friends in New Jersey, Jean was looking for a way to meet people and get involved in the community. She stumbled upon a sign at the Fairport Library’s bulletin board welcoming people to join a Unity Church sponsored ‘Transformation’ meeting. That meeting started Jean’s journey on meditation and spiritual studies.  Upon coming across the book “Think on These Things’ by Krishnamurti, her eyes were opened to thinking differently about religion and her connection to God. She would go on to read about Hinduism and reincarnation. She believed “you get what you need to grow and perfect yourself.” One of the philosophies Jean embraced was that of the Austrian scientist and thinker Rudolf Steiner. According to Steiner’s philosophy of Anthroposophy, the human being is a threefold being of spirit, soul, and body. With all that she absorbed, she believed “as your outer self weakens, your inner strength strengthens.” She would outlive most of her philosophical and bible study friends from the area, but still has her dear friend Mary.

Jean was “granola” before granola was a term – living a health-focused, environmentally conscious lifestyle. She ate healthy and natural foods and practiced meditation and yoga since her early 40s. She tried to instill healthy eating habits on her husband and her young  children, not being all that successful, but she never gave up and was doing head stands up through the age of 70!!

In 1986, at the age of 56, after having been working as a literary volunteer (and a couple years as a B&B host in the Penfield house), Jean realized that she needed a paying job. With her Bachelor’s of Arts Degree in Speech Therapy obtained at the age of 47(attending William Paterson College part time at night & on Saturdays), she went to work first as a teacher’s aide and then as a full-fledged teacher in the Adult Education Program for the Rochester City School District, teaching Adult/Family Literacy and GED. Jean retired in 1997 just before her 75th birthday. She made a huge impact, not to mention impression, on those in her classes.  To this day, she remains close to several of her students (Jundie and Camelia just to name two of them). She would meet some of her dearest friends while working here. She loves you so much Marilyn, Sue, Kathy (and “boyfriend” Ken) and Steve.

After years of scouting out the most charming Colonial home areas in the Rochester area, Jean moved to Colonial Village Road in 1994, where she was able to live out the rest of her very long life in her home thanks to her son, Christopher, who remained by her side until she passed.  She loved her friends on Colonial Village Road: Marsha, Heather and Brian, Erin, Eric, Dean (thanks for keeping the lawn mowed), Conner and Adam. She remained very close to her neighbors from Dublin Road: Sandy, Rick and Sue, and Betty.

Jean was also the best friend and neighbor anyone could wish for.  She kept her friendships, dating back to kindergarten, alive with weekend phone calls.  She befriended the neighborhood children who would come to love ‘Ms. Jean’ often hanging out at her house playing music for her, working with her in the garden, playing games together, some recognizing that Jean helped shape them into the nice adults they turned out to be.

But, the most important roll in Jean’s life was that of being a “mama.”  From a young age, she would constantly tell her sister, Ruth, “when I grow up, I want to be a “mama.”  And what a mama she was! She could not have expressed her love and support of her children, grandchildren, “adopted children” (her students), and younger-aged friends any more than she did. She thrived and excelled at being a mother with gentle guidance; strong support; and never ending love.  Oh, what love she had for all her “children.”

Some of Jean’s favorite things were tending to her flower gardens, birds (especially hummingbirds), music (mostly classical and opera and not to forget, Judy Garland), poetry, philosophical discussions, her neighborhood walks with Marsha, hikes (she loved being a part of the Women Out Walking (WOW) group, the outdoors, playing rummy and scrabble with Christopher, Polly and Ortella, among so many other interests.

Jean had a very beautiful, fulfilled, long life that she cherished very much, and all who were blessed to have known her are some of the most fortunate people in the world.

‘Carry on’ Jean (Mom). We’ll see you in your next life – whatever that may transpire to be. We will be looking out for signs.  We all love you tons and tons.

In lieu of flowers the family asks that donations be sent in Jean’s memory to either:

Doors open at 3 pm.  The “formal” part of the Celebration will start at 3:15 pm. As of now, the family is welcoming family and friends to share a memory, tell a story about Jean, read a poem and/or scripture, etc. This part of the program is being planned to begin at 3:15 and run for approximately 1 hour.  Please contact Marianne Wetzel to let her know you want to speak or read. Her cell phone number where you can either call or text is:  805-448-1048.

The remaining time will be for casual gathering and left open for anyone that decides they’d like to pick up the microphone and talk, if the mood hits them.

Please check back on the website prior to June 24th, for updates on any program details.  Thank you. 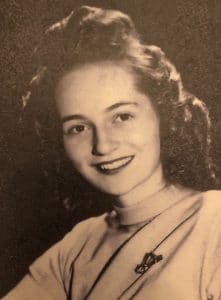 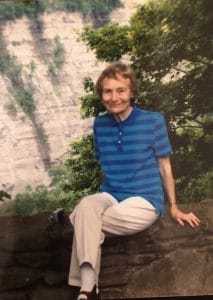