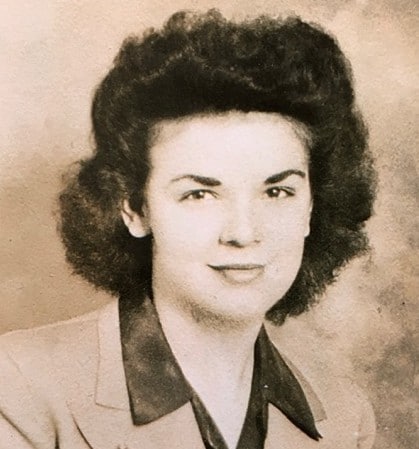 Rochester NY:  January 1, 1921 – October 13, 2016.  Our matriarch passed peacefully at the age of 95 to join her husband of 71 years who predeceased her in 2015.  Jo or Josie, as she was called by friends and family, was born in rural Pennsylvania outside of State College in 1921 to Carl and Margaret (Stryker) Tussey. She was the youngest sister of 6 siblings (Norman, Florence, Margaret, William and Sam). Ever precocious and wanting to do everything her older sister ‘Mar’ did, she graduated high school at the early age of 16. Soon after, she moved to the ‘big city’ of State College to attend Penn State where she met the love of her life, Henry P. Gardner, a young cadet from Rochester, NY. They eloped in 1943 just before he was deployed to the Great War. In 1945, when he returned, they moved to Rochester, NY where they busied themselves raising their five girls. They were parishioners at St. Thomas, St. Margaret Mary’s, and Christ the King.

She was loved by family members, friends, and special caregivers. She will be deeply missed, though the family is comforted by her long life and the legacy of family she leaves behind.

The family will hold private services at a later date.