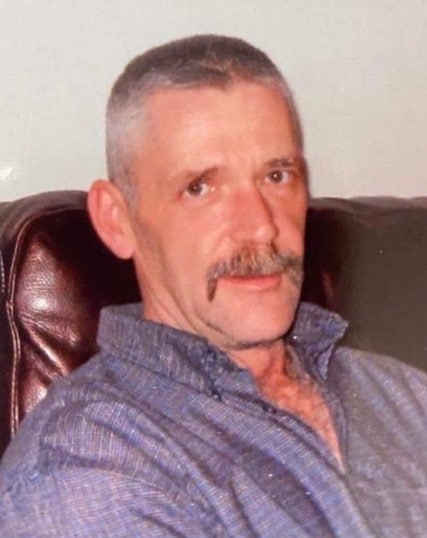 Lee P. Davis of Java Center, NY passed away on Sunday, October 2, 2022 at the age of 57.  He is survived by his wife, Jane, his children, Darren, Kevin, and Gena, his grandson, Silas, and his beloved dog Gunner (Goober).

He was predeceased by his father, Walter Davis, and his mother and step-father, Marilyn and Edward Kolczynski.

Lee was an avid hunter, fisherman, craftsman, and cattle farmer.  He also owned and operated his own lumber sawmill.  Lee very much enjoyed his annual hunting and four-wheeling trip to Westernville, NY where he was a member of the Sons of the American Legion along with many of his close friends.

Lee was employed as a facilities manager for Gentech Scientific.  He would often get the grill going for afternoon lunches at work, something he really enjoyed.  He was proud of his third place win at work for best soup and for his signature chili.  He was a valued member of the team.

Lee was a strong, yet kind soul who was always willing to help a friend in need.  In return, Lee was surrounded by many treasured friends and close family members with whom he happily traded favors, equipment, time, Captain Jack, and, of course, so many laughs and practical jokes as well as support when needed.  Never to refuse a challenge, Lee was always ready to win a game of Euchre, Yahtzee, bowling, horseshoes, or cornhole.  He also enjoyed paying his dues at the casino. Lee had a vast skill and knowledge base that served him and his community well.

Those who shared Lee’s life were witness to great loyalty and respect.  Lee will be deeply missed by all who had the privilege of sharing his all too short time on this earth.

We will always carry your memory in our hearts.

A Celebration of Lee’s life will be held on Saturday, November 5, at 1:00-4:00, at the Hope Lutheran Church in Arcade, NY. A lunch will be served.