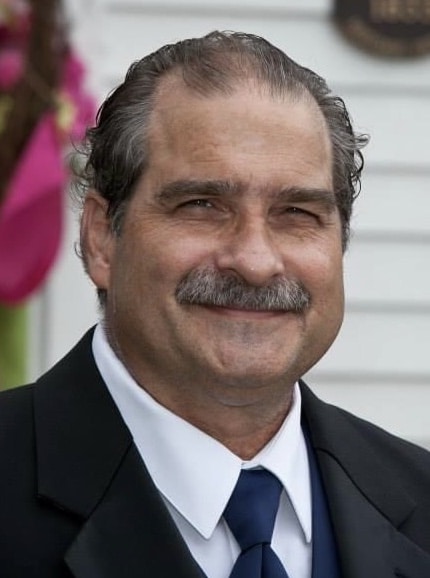 Rochester, NY – May 23, 2021, unexpectedly at the age of 65. Lonnie is predeceased by his mother, Anna May Slapar. He is survived by his father, Milton Frank Slapar, his wife Constance; daughter Jessica Doty (Aaron); sons Frank (Erika), William (Emily) and granddaughter, Anna.

He married Constance on July 3, 1982 and lived in Kansas City until graduation from UMKC. He practiced in Morrison, Illinois after dental residency in 1988 and moved to Rochester in 1995 to a practice in Greece, NY and a part-time faculty position in General and Community Dentistry with Eastman Dental Center. His passion was providing quality dentistry to the patients in his care which was evident with his commitment to continuing education and providing guidance to dental residents. He was a devoted Jayhawk and Kansas City Chiefs fan. He took pride in his productive vegetable garden proudly sharing his produce. He was a very supportive father of his children’s endeavors in education, sports and scouts. He received a BS from the University of Kansas and obtained MT(ASCP) certification in 1979 and worked in the hematology dept. at Univ. of Kansas Medical Center, then pursued his DDS from the University of Missouri-Kansas City.

Much gratitude and thanks to Dr. John Robb and the ICU team at Unity for their persistent efforts and compassionate care.

A celebration of life will be held at a later date. Contributions may be made to the charity of your choice.