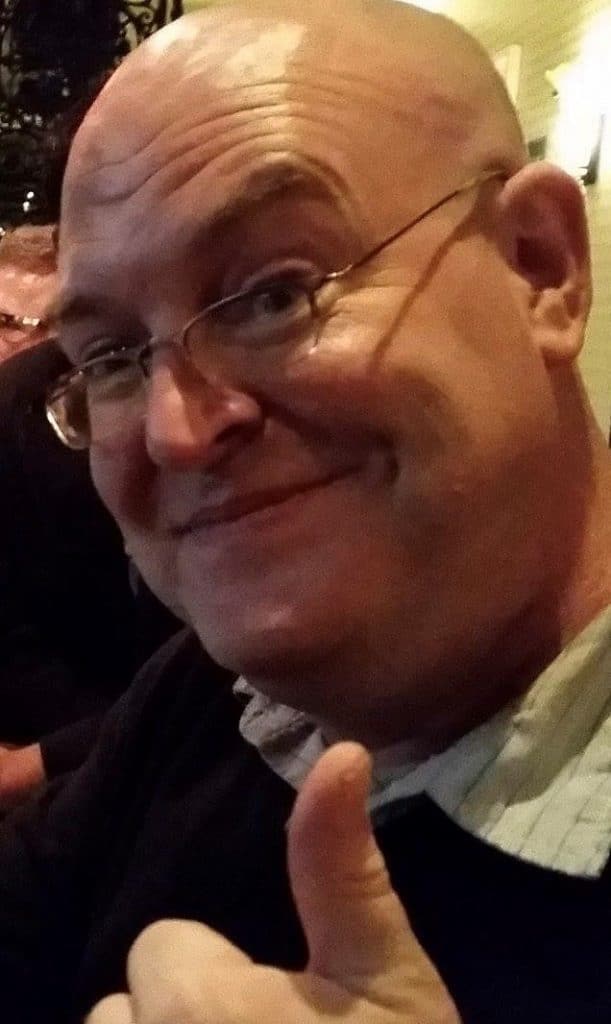 Rochester, NY – June 17, 2021 at age 51, Mike R. Lamb (Michael/Mikey) passed away peacefully at home after a long well-fought battle against cancer. He is survived by his wife of 20 years Jennifer (Henry) and his son Ian as well as other family members including his father John Lamb, Aunt Lynn and Uncle Glenn Miller, his in-laws (Patrick and Paula Henry, Madelyn Henry (John Sutton)) as well as many cousins and his favorite nephew Eric. While he may not have had a sibling himself, he looked to Madelyn as his baby sister.

Mike loved to make people laugh and smile even during the hardest of times and he made good on that promise. He went to college in his 40’s to earn his degree, jumped out of an airplane (willingly), and loved to go to rock concerts with his wife and mother-in-law. He enjoyed going to abandoned buildings for walks and excitement.  The self-proclaimed movie geek made sure that there was always something to see but you could always count on him to choose Wizard of Oz, Wall-e, or a space movie. Going to movies and talking about space or travel with his father was also among some of his happiest moments. If you ever needed a wire for anything tech related, you knew he could be called upon and have just what you needed!  He enjoyed fixing his house with the help of his father-in-law which always included some smack-talk which was hilarious (at least depending on what part you had in the conversation). He loved to break items just to see in the insides – sometimes on purpose, sometimes not. He was most proud of taking down a half-wall with his son as it made a huge loud mess which paired well with their laughter and smiles.  His love of his four-legged (and aquatic) family was something that he also treasured. Mike’s favorite joys always were ultimately family related – playing board games during family game nights, morning coffee at his in-laws, building multiple Lego sets with Ian and taking Ian out to play arcade games and just simply seeing his family.

His love of laughter helped many people through hard times and will be sorely missed by all.

A celebration of life will be held mid-September (roughly planned for the afternoon of September 18th) which will consist of some of Mike’s favorite things – movies, Hello Kitty, Converse sneakers, Wizard of Oz, music, coffee, and sour candy.