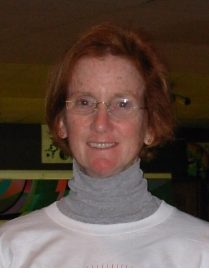 Penfield, NY: September, 26, 2019.  Nancy Tuckerman was born in 1943 and grew up in Great Neck, NY. As a child, she enjoyed the outdoors, reading, playing sports, and crewing for her brothers when they took her sailing on Long Island Sound. She attended School of the Holy Child in Suffern, NY, and then Smith College in Northampton, from which she graduated in 1964. After a famous tour of Europe with her cousin Maureen, Nancy worked as an advertising copywriter in New York City. She met her husband, Richard Lord, while they were both working at the Cunningham & Walsh agency. They married in 1969 in a small but eminently classy ceremony held at her parents’ apartment in Manhattan.

Nancy gave birth to twin daughters, Gillian and Melissa, in 1971. A son, Adam, was born in 1980. With the birth of her children, Nancy fashioned herself into a homemaker. She dedicated her time not only to raising her children, but also to volunteer efforts in and around Greenwich, CT, where the family moved in 1974. She was actively involved in the Junior League and with her church, and sought opportunities to use her copywriting and editorial skills to the benefit of worthy causes. Nancy also pushed herself to the forefront of home computer “desktop publishing” technology, and produced award-winning newsletters for a number of non-profit organizations.

In the 1980s, Nancy began pursuing horseback riding, which had held a fascination for her since childhood. Equestrian endeavors defined much of the rest of her days: her social life orbited the barn, and her greatest personal triumphs were her successes in Combined Training, a demanding horse-and-rider triathlon comprising stadium jumping, dressage, and cross-country courses.

After divorcing Richard, Nancy moved to western North Carolina, where her passion for horses found great company in the riding communities of the Carolina Foothills. She kept up her volunteer work, putting in countless hours as a Hospice volunteer and as a Big Sister in the Big Brothers/Big Sisters program, and lending her keen editorial eye to many a newsletter and manuscript.

In 2010, as the sleepiness of small Southern towns made her crave a bit more excitement and the four well-demarcated seasons of her youth, Nancy moved to Rochester, NY to be closer to her daughter Melissa. She found new equestrian communities and also returned to another passion of her college and North Carolina days, studying and playing contract bridge in friendly (but competitive!) clubs.

Nancy died peacefully on September 26, 2019. She will be remembered universally for her keen mind and her devastatingly dry wit. She often unleashed her acerbic humor on the politics and politicians of the day, which she followed zealously. Although she could be intensely private, she was also warm and kind, generous with her time and talents, and devoted to causes and concerns that promote justice, equality, and compassion. She is survived and missed by her three children and six (about to be seven) grandchildren.

She often said the happiest days of her life were the summers she spent with her children in Amagansett, which is where her ashes will be returned.

Donations in her honor may be made to Lollypop Farm, Humane Society of Greater Rochester (https://www.lollypop.org/get-involved/give-today/) or to Begin Again Horse Rescue (http://beginagainrescue.org/how-to-help/donate/).