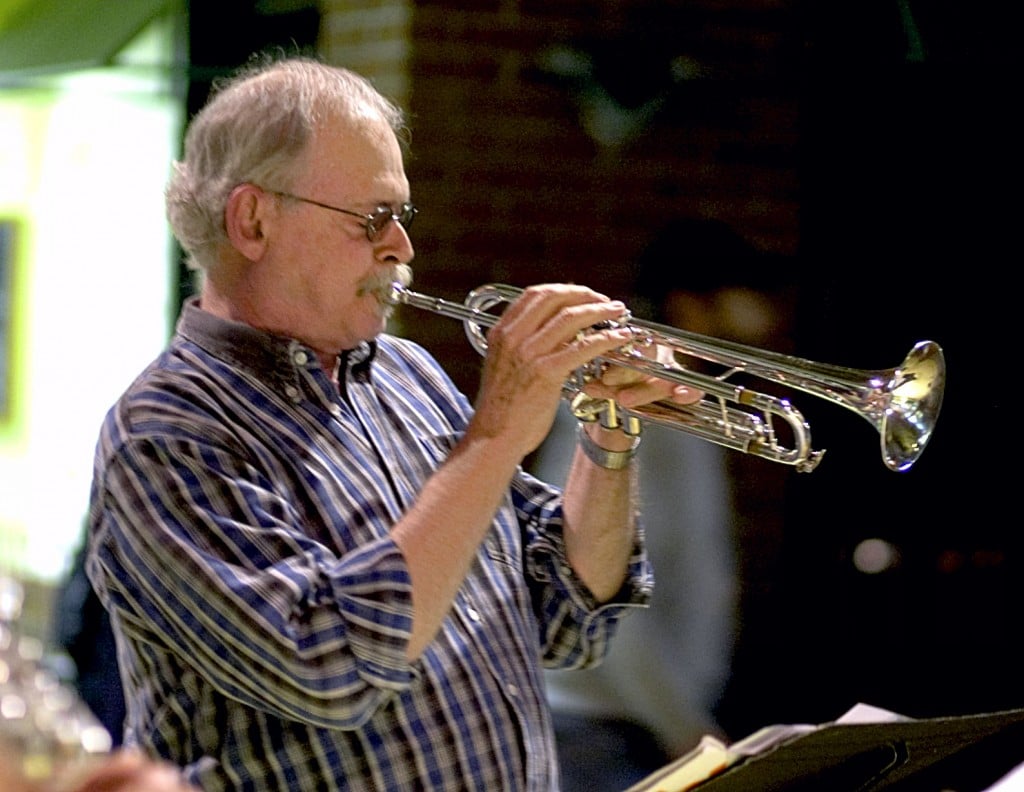 Pittsford NY: May 14, 2016. Survived by his wife, Beverly, sons Evan and Andrew (Allison), granddaughters Addison and Henley, and brother, Phillip (Libby). Predeceased by his parents Alva and Alice Smoker and sisters Mary and Martha.

Paul Smoker studied and performed both jazz and classical music while growing up in Davenport, Iowa. While in high school and college (The University of Iowa) he played in the clubs across the Mississippi River in Rock Island and Moline, as well as Iowa City and Cedar Rapids, and got to work with Dodo Marmarosa, J.R. Monterose, and Al Jarreau, among others. He was also a member of the Iowa Brass Quintet, touring throughout the United States, and the University of Iowa Center for New Music.

As a trumpeter his influences include avant-garde classical sources as well as the jazz trumpet tradition, and also the saxophonists John Coltrane and Anthony Braxton. For over twenty years he taught trumpet, jazz, and 20th-century ‘classical’ music at the Universities of Iowa, Northern Iowa, Wisconsin-Oshkosh and Coe College. During his tenure at Coe he founded the Paul Smoker Trio with Ron Rohovit and Phil Haynes, and they began to receive international attention, recording and playing jazz festivals in the U.S., Canada, and Europe. Since the mid-80’s he made over fifty recordings as a leader of his own groups and with Anthony Braxton, Joint Venture, Vinny Golia, Lou Grassi, Herb Robertson, Jay Rosen, Adam Lane, Burton Greene, Dom Minasi, et al. He has also worked with jazz artists as David Liebman, Evan Parker, Don Byron, John Tchicai, Art Pepper, Frank Rosolino, Barry Altschul, Gerry Hemingway, Ellery Eskelin, Borah Bergman, and Mark Dresser. He was first elected to the annual Downbeat Critics’ Poll in 1986, and has been the subject of features in Downbeat, Jazziz, Coda and Cadence among other periodicals.

From 2001-2014 Paul directed the jazz studies program at Nazareth College in Rochester, NY. Working with Ned Corman’s Commission Project, he was composer-in-residence at East High School, School of the Arts and Cornell University.

A Memorial Service and celebration of the life, music, and teaching of Paul Smoker will be held on Thursday, May 26, 2016 at 1 p.m. in Linehan Chapel on the campus of Nazareth College (4245 East Avenue, Rochester, N.Y.).  The service will conclude with a  jazz performance presented by the Nazareth College Jazz Ensemble, former students and colleagues, and anyone who wishes to participate.  A reception will follow.

Memorial Donations may be made to the Nazareth College Department of Music to support Jazz Studies or URMC Cardiology.