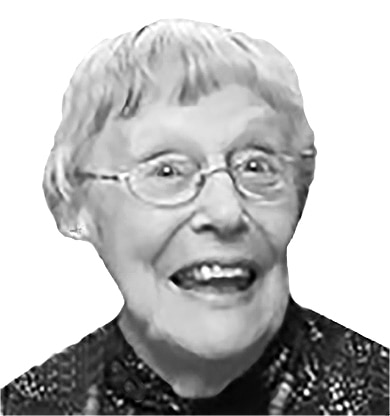 Munnsville NY:  Died peacefully of natural causes on April 21, 2016 at the Wayne County Nursing Home in Lyons, NY.  Rachel was born in Oneida in 1917 to Harry and May Eaton Drake. She lived in Munnsville her entire life, and in the same house on Church St for 56 years. She graduated from Stockbridge Valley high school in 1935 and SUNY Morrisville in 1937. For the past few years, she was one of the college’s oldest alumni.

Rachel married Thomas Ash of Nantucket MA in 1937; they were together for 53 years until Tom died in 1990. Following their marriage, Rachel and Tom worked together for the Treadway hotel chain in Winchendon MA and Vero Beach FL. Rachel then worked at the Sears and Roebuck store in Oneida NY for 25 years. For several summers she and Tom managed a vacation condo complex in Truro on Cape Cod.

Rachel was a member of the Munnsville Congregational church for 85 years. She sang in the choir and was for many years the church’s financial secretary. She was a permanent volunteer for church fund raisers such as dinners, bake sales, shopping-cart precision drill team, and pie sales. Although difficult to verify, her family believes that she baked more than 1,000 pies for these sales. She also volunteered at the Cancer Society, the Red Cross, the Fryer library, and RSVP.

In her spare time, Rachel enjoyed working in her yard and flower beds. She was ahead of her time when it came to participating in sports. In addition to playing on the women’s basketball team in college, she bowled for many years, cross-country skied, hiked, and played golf – all into her early 80s. She loved singing, dancing, and listening to music; especially old-time hymns. She was especially fond of her cat Sassy, a spirited Himalayan.

The family will host a celebration of Rachel’s life at 1 o’clock Saturday June 4, at the Munnsville Congregational Church on Williams Rd. A pie buffet will follow.

In lieu of flowers, please consider a donation to the Munnsville Congregational Church or a charity of your choice.