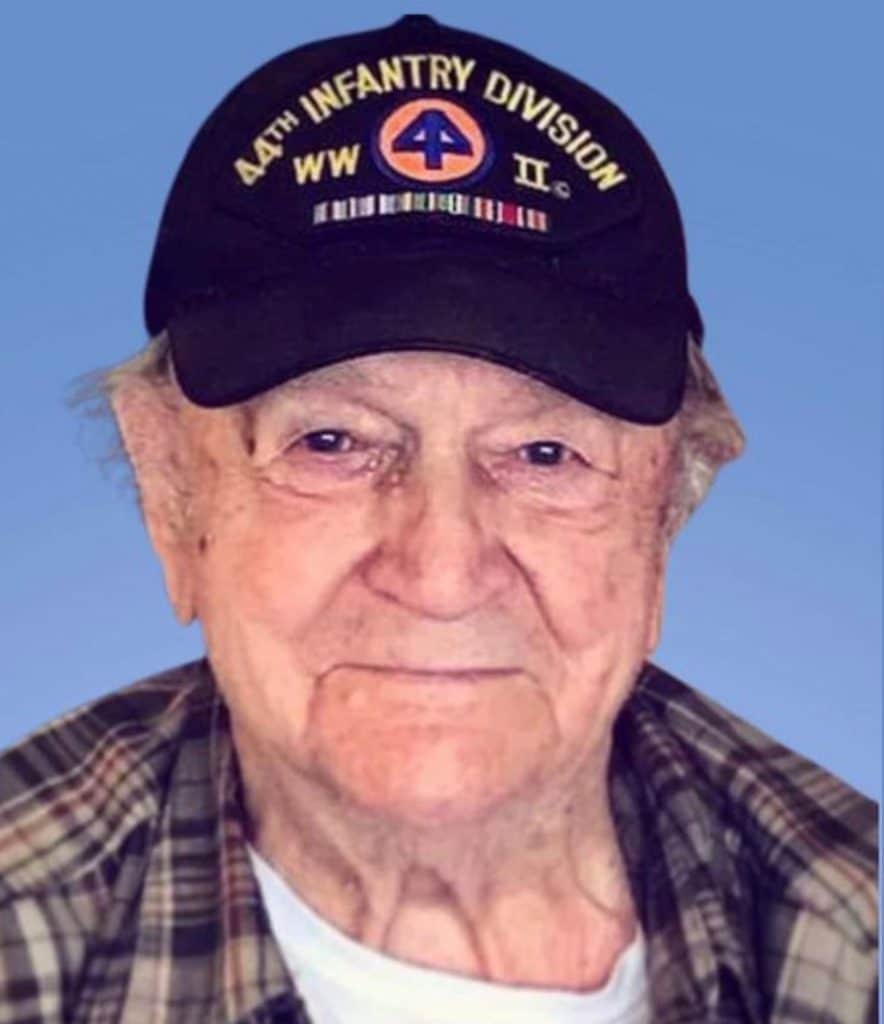 Richard “Dick” Joseph Winnicki Sr., of Buffalo, (Cheektowaga) NY passed away peacefully surrounded by his family on February 16th, 2021 at the age of 94.

Born in Buffalo, New York on May 18th, 1926 to Walter and Irene (Kasza) Winnicki.  On May 8th, 1948 he married the love of his life, Lorraine May Eisenhauer.  He always called her “Red” because of her beautiful red hair.

Richard lived life to its fullest.  He loved his family with his whole heart.  He was an avid outdoorsman and enjoyed hunting (especially rough grouse) and fishing (especially ice fishing).  He was a conservationist, always giving back to the land.  He had a love of trees.  He and his children planted many trees together which became an annual event. He was an avid reader and had a love of books and knowledge.  An animal lover, he enjoyed many adventures with his Brittany Spaniel “Brett” his sidekick. He was the best storyteller.  We have all learned so much from him.  He was always encouraging us to “learn something new every day”.

Richard’s favorite place on earth “his slice of Heaven” was his Camp. He spent many years there and built a beautiful “hunting cabin”.  He loved woodworking and design. You could find him many times behind his saw always building and creating. He was often found drawing up plans for his next project. And we cannot forget “whistling”.  Everyone loved to hear him whistle.  He would whistle everything from songs to bird calls. He played the accordion and loved listening to his country music.  He and his wife always loved a good Polka too and were great dancers.

Richard retired from Ford Motor Company as a Skilled Machinist in 1993.  He loved his Ford pick-ups. He was always picking up lumber for his next project.

Richard was a motorcyclist.  He loved riding his 1939 Indian Motorcycle and often rode with his wife.  He passed that love of riding to his daughters Babette and Barb as they each ride their own motorcycles.

Richard served in World War ll in the Army’s 44th Infantry Division as an Auto Rifleman manning the “BIG 50” Caliber as he called it on top the tanks in Germany and Austria. His stories were endless, and he shared them every chance he had.  He was a true American Soldier and proud American who loved his country.  He was awarded the Good Conduct Medal, the WW II Victory Medal, the EAMET Service Medal and the Combat Infantry Badge. We are so very proud of him.  He proudly wore his WW ll hat every day.

Richard often watched his DVD’s.  His collection was vast, and he enjoyed everything from WW ll movies and documentaries, to hunting and fishing, to westerns and classics. He also started collections of DVDs and books for his family. He was a very giving man and would always help his family and friends whenever he could.

Richard had special bonds with all his children, grandchildren and great grandchildren in many ways.  He loved talking politics, trees, and family history with his daughter Babette.  He would often tell her “It’s all about the genes”.  He loved hunting and talking about his World War ll experiences with his daughter Barb. He loved all season fishing with his son Richard,  but a special love of ice fishing at their favorite place, the Attica Reservoir.  His son-in-law’s Jerry and Bob were always there to lend him a helping hand especially while building his “hunting cabin”.  He was always sharing his knowledge and techniques with them.  Jerry and Bob carry those lessons with them today.  His daughter-in-law Justine would often talk in Polish with him, sharing that special heritage.

He was so very proud of his grandchildren and great grandchildren. His oldest grandson Jerry would spend every Super Bowl Sunday with him and other Buffalo Bills games.  They were always talking sports. Jerry and his grandpa always would talk about funny stories about Grama. He would go trap shooting with his grandson Eric, always saying Eric was an excellent shot, as Eric went on to win awards. Eric and Kristen were always there to help Grandpa with maintenance at the camp. He shared the love of music with his granddaughter Shannon.  He bought her a beautiful violin that she played in the orchestra from the heart for her grandfather.  He always said she has a “great personality” and “classic beauty”. He loved sharing stories and the love of hunting with Shannon’s husband Pete. He went target shooting with his granddaughter Sarah and would often tell his “buddies” about how great she was at shooting. At the camp Sarah loved climbing a tall maple tree that he always referred to as “Sarah’s Tree”.  He shared the love of art with his grandson Corey who is an amazing artist and designer. He always said Corey has great style and could be in the movies.  The love of wood working is what he shared with his grandson Jordan.  Just like his grandfather, Jordan can be seen behind his saw and planning new construction projects.

Richard’s life experiences were many. His memory will live on in the hearts of his family and friends for years to come.   Here is his “epithet” that he painted on wood and hangs at his Camp to this day.

“If Heaven ain’t like my Camp, then spread my ashes upon the hill in the high grass.  Hang my soul on a pole to the four winds and tell God he will have to wait”.

RIP Dad, we all love and miss you.  Our Mom and Dad are together again, and we wish them love and happiness on their new journey together. Till we meet again.

No prior visitation.  A celebration of life for the family will be planned in the future. If you would like to do something in our Dad’s honor, donations can be made to the New York State Department of Environmental Conservation or the Arbor Day Foundation. https://shop.arborday.org/forest-replanting-donation