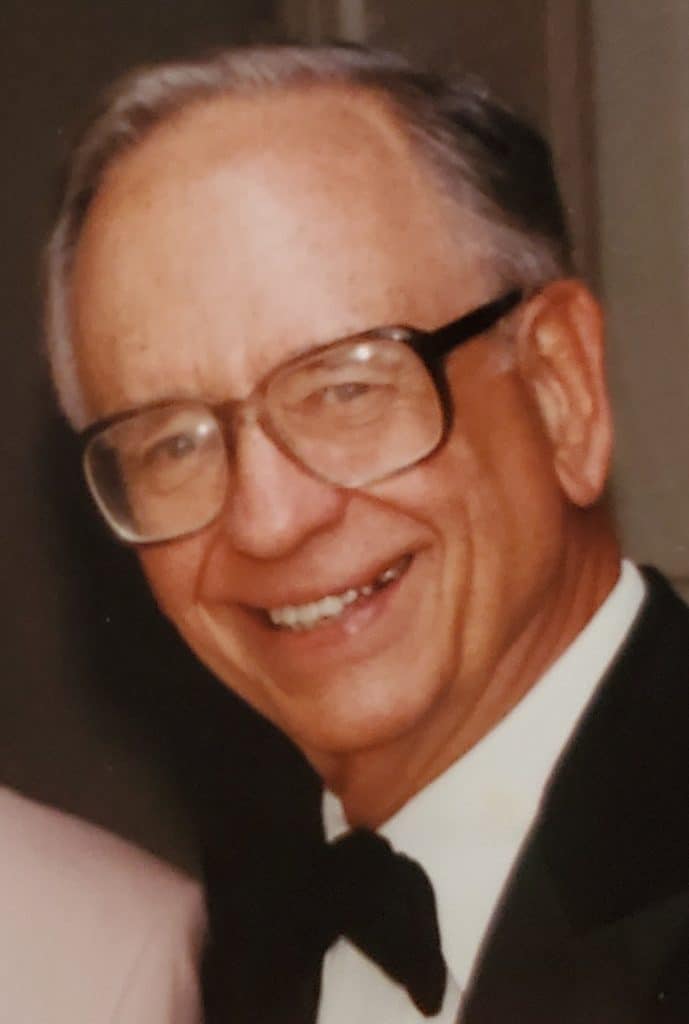 Richard is a World War II veteran who served in France, University of Rochester Graduate, and was Executive Vice President of Marine Midland Bank/HSBC where he worked for 40 years. Richard was a 50 year member of Oak Hill Country Club and former President of University Club of Rochester. Richard Served as Chairman or Board Member of numerous Community Organizations and was a front line volunteer for many local non-profits including Mary Cariola Center, the ARC, Catholic Family Center, Boy Scouts of America, United Way, Compeer and Elderberry Express.

Richard was the ultimate Notre Dame and Red Sox fan. He always wore a Red Sox hat and asked everyone if they knew the 3 letters… A-B-Y… Anyone But Yankees! Richard enjoyed Gardening and was taught by his mentor Art Kurtz “Scott, It all starts with the soil”. Richard and Jean enjoyed 30 winters in Palm Springs, CA. Richard always read the comics before going to work.

As Richard would say “To be Continued…”