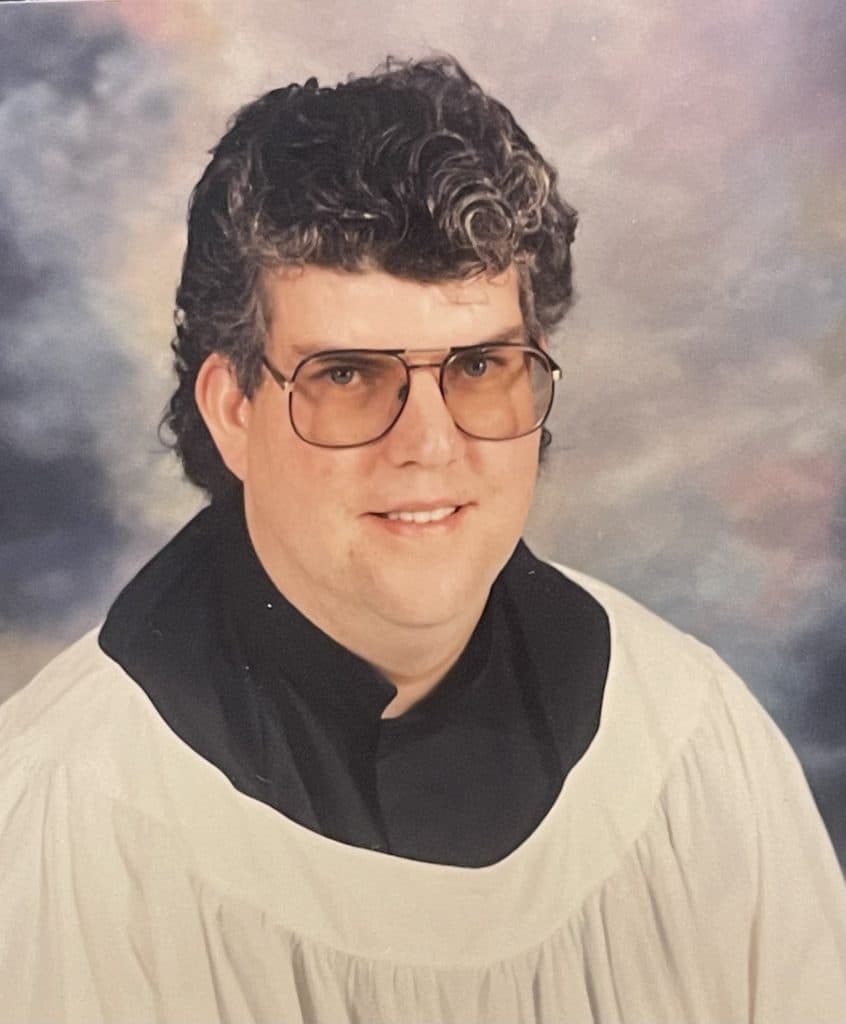 “With a touch of the keys, he touched many lives.”

Richard George Popp of LeRoy, New York passed away early Easter morning April 17, 2022 at the age of 65.  The son of George and Evelyn Popp, he is survived by a sister Diane in Cascais, Portugal and a brother Roger in Kissimmee, Florida.

He began playing piano at age 12 and eventually performed at various venues around Batavia such as The Red Osier, The Steakhouse, and Best Western.  He volunteered at Clubs such as the Kiwanis and the Lions.  He played at nursing homes including the Veterans’ Home and the Manor House in Batavia.  He could play any request by ear drawing on his memory of over 250 songs.

He attended the Eastman School of Music and then Genesee Community College playing sousaphone in their Jazz Ensemble.  He played tuba for several summers for the Alexander Firemen’s Marching Band.  He attended Roberts Wesleyan College where he attained a Bachelor’s Degree.

In 1987, he became the pipe organist at St. Luke’s Episcopal Church in Attica, a position he held for almost 30 years.  After moving to Batavia, he often took part in services at St. James Church playing piano and singing in the choir.

He was a gentle giant loved by all.  He brightened and possibly lengthened lives, particularly the elderly whose faces lit up hearing songs from their era.  They tapped their toes and sang memory-stirring lyrics. He had a great sense of humor and always had a groaner pun ready for the unsuspecting.

A Celebration of Life will be held at St. Paul’s United Church of Christ, 11 Washington St., Attica, New York at 1:00 PM on Tuesday, August 2, which is also his birthday.  Those wishing to honor his memory can make contributions to service Clubs in your area such as the Kiwanis or Lions.  Donations can also be made to the Genesee-Orleans Ministry of Concern by visiting https://ministryofconcern.org/.