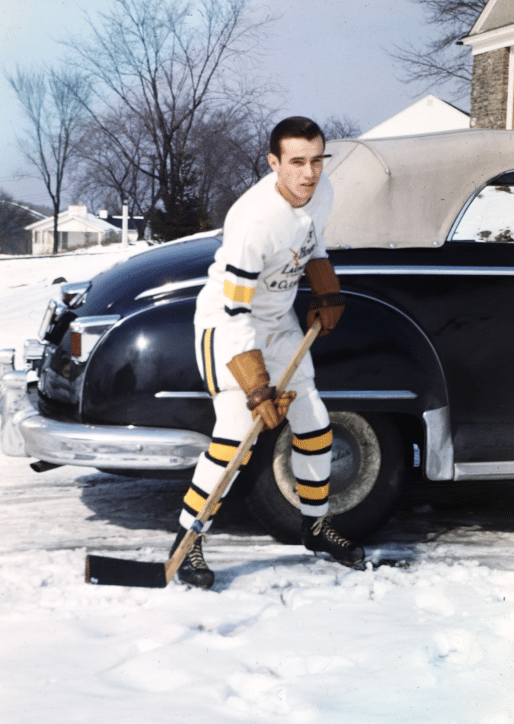 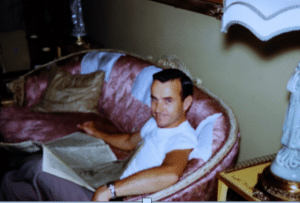 Born in Syracuse, NY, Sam, son of Alexander and Sophie Toth, was the second youngest of eight children. He is survived by his own children and their spouses – David and Cindy Toth, Patti and Dan Burnett, Lanse and Amy Toth, Samuel “Chip” and Jennifer Toth, Nancy and Michael Tortorello, Steve and Babette Toth, 20 Grandchildren, and 36 Great Grandchildren and counting.

Like many from his generation, Sam served during WWII, specifically in the Pacific Ocean with the Merchant Marine Flotilla. He was in Tokyo Harbor August of 1945 when the Japanese surrendered to the Allies. He wasn’t known to talk much about those years, perhaps because his branch sustained the highest casualty rate in the war, manning unarmed liberty ships. Even in this role, Sam’s athletic prowess shone as the flyweight boxing champ in his squadron. 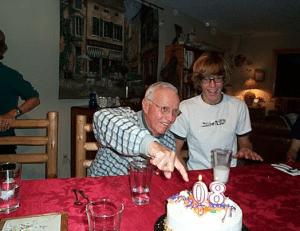 He continued the legacy of his father who built Toth’s 3 Hour Drycleaners and Laundry in Syracuse, NY during the Great Depression. Sam had big dreams for what the business could become and expanded to a downtown Rochester facility. The business grew into Toth’s Sports, an athletic retailer as well as an equipment and uniform reconditioning business in Henrietta, NY. They continue to support a multitude of sporting teams and ventures in the Greater Rochester Area. The entire Toth family was involved in the business throughout their young and adult lives, launching them into their individual passions and careers. 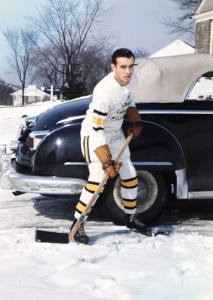 As hard as he worked, Sam truly believed in play. Also known as The Godfather of Hockey, he was most at home when on his skates. As a youth he was an amazing speed skater and became the New York state champion. Eventually, he traded his speed skates for a hockey stick, puck, and pads. Sam became a competitive player, dedicated coach, and early 50’s visionary — leaving his mark on every level of Rochester Area hockey, from Pee Wee to the National Hockey League. Sam was an owner and on the Board of Governors for the AHL Rochester Americans and an official for AHL games, as well as a faithful supporter of the NHL Buffalo Sabre. In recognition of these contributions, Sam was inducted into the Rochester Americans Hockey Hall of Fame in 1998. 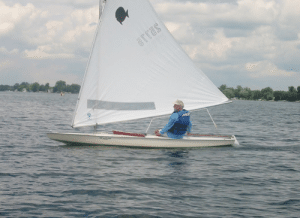 Sam’s attraction to the water and sports was perhaps displayed most prominently in his love for sailing. Notably, Sam won the legendary Little Brown Jug, the biggest regatta for sailing vessels less than 26’ in length while racing his sunfish in Irondequoit Bay. 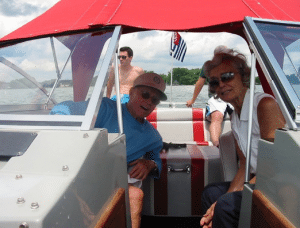 Legend has it that Sam met his bride while dancing at the Amber Beach Community Center on Otisco Lake, where both of their families owned cottages. Having the beautiful Dorothy “Dottie” Hixson crew for him in his snipe on the NY State Finger Lakes, was the perfect, romantic backdrop for the couple to fall in love; and they were married on March 11, 1950.  Sam and Dottie enjoyed 69 years of vibrant and magical marriage until Dottie received her eternal reward two years ago. 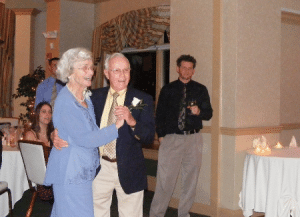 Beyond his passionate commitment to his community, athletics and family, Sam’s greatest devotion was and is to Jesus Christ. His awe for God’s grace and unconditional love was often on display in his everyday life as well as around the family piano or by the campfire at the lake as multiple generations gathered to sing and worship.  If you knew Sam, you knew this:

Romans 5:1-5 “Therefore, having been justified by faith, we have peace with God through our Lord Jesus Christ, through whom we also have obtained our introduction by faith into this grace in which we stand; and we celebrate in hope of the glory of God.  And not only this, but we also celebrate in our tribulations, knowing that tribulation brings about perseverance; and perseverance, proven character; and proven character, hope; and hope does not disappoint, because the love of God has been poured out within our hearts through the Holy Spirit who was given to us.” 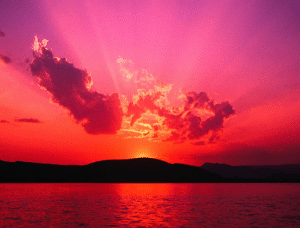 A Memorial Service to celebrate the life of Samuel Charles Toth will be held on Saturday, October 23, 2021, at 1:00 pm at Pittsford Community Church, 421 Marsh Rd, Pittsford, NY 14534. Reception will follow with opportunities to share memories. 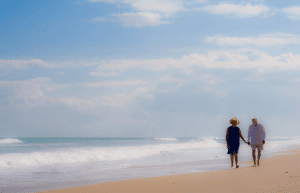 The family has asked that donations be made to the Davis Phinney Foundation, (357 S McCaslin Blvd, Ste 105. Louisville CO 80027 or – http://events.dpf.org/goto/patticopper21 ) to help people with Parkinson’s live well in the face of incredible challenges. “I can’t control that I have PD, but I can control how I live with it,” Davis Phinney.