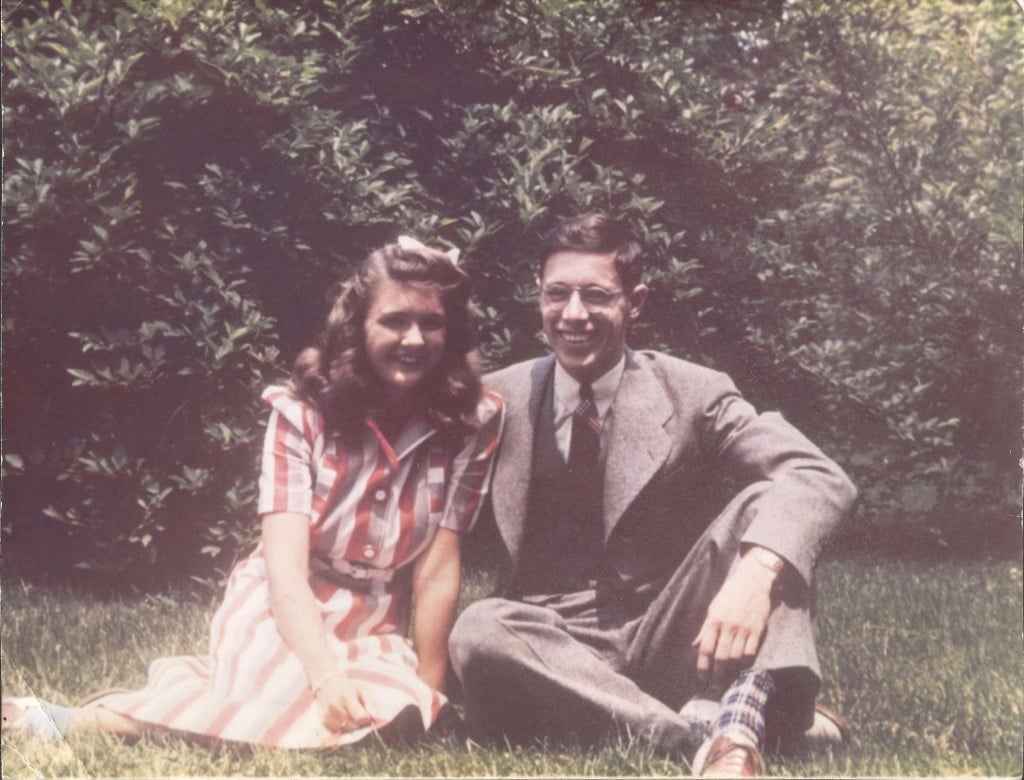 He served during WWII with the US Army in the South Pacific with hospital units from February, 1943 – March, 1946.

After returning from the war, he completed his PhD at Washington University in St. Louis in 1950. He spent his entire professional career at the University of Rochester, teaching Biology, and was granted Professor Emeritus upon his retirement after 36 years.  He was a world authority in his field of study, Pseudoscorpions, and had several named for him.

His work took him on many travels, including teaching in England for a year, during which time he attended a garden tea party at Buckingham Palace with the Queen in attendance – a story the grandchildren love to tell!

Always an avid naturalist, he was an Eagle Scout, a home gardener, and former member of the Genesee Ornitholigical Society.

After his “retirement”, he volunteered for 30 years at the Genesee Country Village, beginning with the Blue Bird Box Project, he also researched the history of St. Feehan’s Church, and the Village fence collection. But his favorite activity was with the “Nutt Family, Painters of Picket Fences”.  As “Hickory Nutt”, he painted with them from 1998 – 2014.

Over the past 10 years, The Farmers Library of Wheatland, NY (1805 – 1870) became a focus of interest, and he tracked down and recorded the entire collection.

Music was another favorite pastime in the Muchmore household.  He played percussion, Midge played piano, and they passed on their love for music to each of the children and grandchildren.

All of these interests were generously shared with his family, and, will be gratefully passed on to the next generation of Muchmores.

But, most importantly, as one of the grandchildren stated, “He was a kick-butt GrandPa”.

Rest in Peace, we miss you already.

Donations can be made to the Genesee Country Village and Museum.