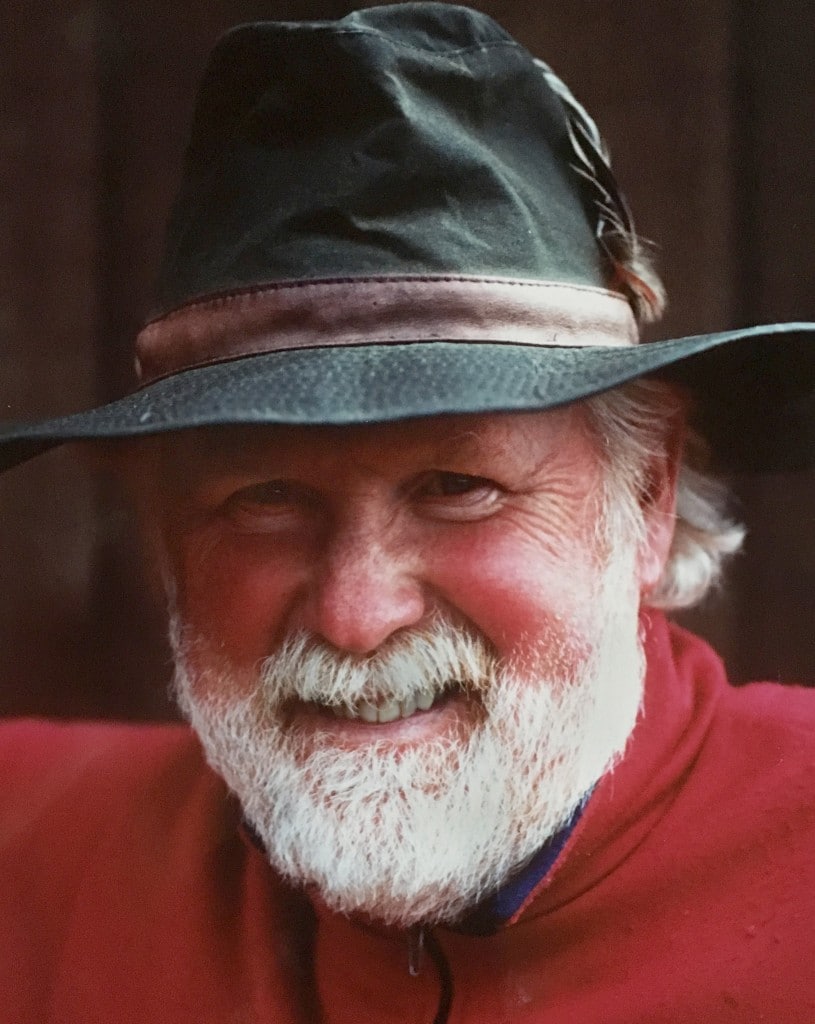 Canandaigua NY:  October 26, 2016.  Bill grew up in Princeton, NJ, the eldest of four siblings (Barry Young, Sharon Shaw, Sheila Schmuck) where his mother, Irene Nimmo Young, instilled in him a deep love of the natural world, a strong work ethic and a powerful creative streak. Sneaking into Princeton football games as a young boy gave Bill the idea that perhaps he, too, could go to college if he could master a sport.  After considerable effort and completely on his own, he secured a full scholarship to a post-graduate year at The Peddie School, giving him time to strengthen his mind and body and secure yet another scholarship to the University of Pennsylvania (‘58), the first of his family to attend college.  At Penn he was an active member of Beta fraternity and a star of the Penn Quakers football team; his personal best of 158 yards on only 10 carries earned him a spot on the front page of the New York Times Sports Section, calling him “the Pennsylvania Express.”

While at Penn, Bill married Barbara Lee Jones. Upon graduating with a degree in English, he enlisted in the Marine Corps and earned the rank of Captain. After his service, he went to work for the Eastman Kodak Company in Rochester, NY where he was Director of the International Color Competition, the largest photo contest in the world at the time, with 1000 photos displayed at the 1964 World’s Fair.

In 1963 Bill, Barbara and their two young daughters, Karin and Betsy, settled in Scottsville, NY.  In 1966, soon after their oldest son, William, was born, the family moved to an old cobblestone house in Lima, NY where Oliver completed the family. After a short stint at Rumrill Hoyt, Bill started Young Ideas, a small advertising agency with a big list of clients including Sealed Air and Galliano and local favorites like Snow Country and The Red Barn. Bill was a one-man show: copywriter, salesman, vocal talent, artist, accountant and photographer, somehow managing international clients from his office in Lima without as much as a fax machine, let alone the internet or FedEx. Bill was the creative talent behind the Harvey Wallbanger phenomenon, a cocktail he helped make famous with his non-traditional marketing tactics.

In 1989 Bill married Dr. Wende Logan. They spent a decade of Januarys in France, roaming the markets and practicing their French.  Back home in Canandaigua, they enjoyed cooking gourmet meals for their great friends, fossiling, feeding bluebirds and grosbeaks, tending their flourishing flower and vegetable gardens, and cuddling with their labs and bulldogs.  In the late 80’s Bill’s appreciation of fine wine turned from casual dining to obsession. His insight and uncanny ability to predict futures established his cellar as one of the most notable private collections in North America, attracting the attention of large commercial collectors and magazines such as the Wine Spectator.

Bill was on the Board of the Paleontology Research Institute and the Atlantic Salmon Federation. His love of Salmo Salar led him to fundraising efforts that increased the awareness of catch and release and to donate his time and talent to teaching fly casting, the proceeds going directly and entirely to the ASF.  A world renowned salmon angler, Bill cast his line from the Alta, Norway to the Laxa Aldedal, Iceland to the Ponoi, Russia, always releasing and respecting the creature that gave him sport. The Bill Young Fly, conceived and tied in Bill’s honor by Petur Steingrimsson in 1989, is globally known and coveted.

Ever active as a Penn alumnus, Bill followed both Quaker football and wrestling voraciously. He traveled near and far to show his support, scouted and sponsored players, and encouraged the teams to multiple victories with personal letters and notes of inspiration. In recognition, Penn honored him in 2011 as the Penn Football Man of the Year, and in 2012-2013 as the Penn Wrestling Man of the year.

In his early days, Bill was a member of social clubs like the Genesee Valley Club and Hunt Hollow Ski Club, but later in life his favorite and only club was the one he affectionately coined Club Wegmans. He enjoyed his regular trips to that Canandaigua market, where he became friends with many of the employees and was always willing to perform a magic trick to anyone with a minute or two to spare.

Above everything, Bill enjoyed his role as a father. He was ahead of his time in the 60’s and 70’s casting off traditional male social norms to be present in a way mostly reserved for mothers.  He built an office for Young Ideas behind his home so that he was there each day when his kids came home from school, put his work aside to make meals and take walks, and savoured the weekends to create art projects, build gardens, ski, and pursue other activities with his children.  Bill inspired generations with his creative, gregarious, adventurous, mischievous approach to life.  He was a connoisseur, a naturalist, an artist and a lover of life.  He will be greatly missed and always remembered.

Services in celebration of Bill’s life will be held for family and friends on Sat, Nov 26 in Canandaigua, NY. Please visit www.RememberingYoungie.org for more information about Bill and services.

Donations can be made in Bill’s name to Atlantic Salmon Federation.