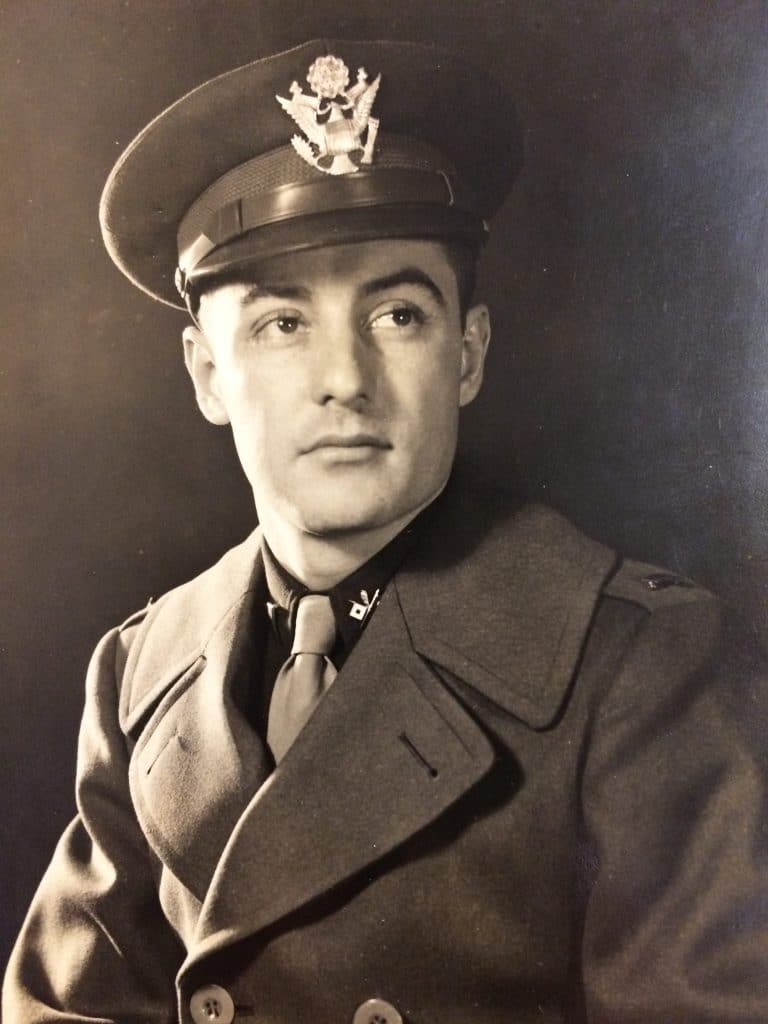 Rochester, NY:  William (Bill) Patrick McInerney passed away peacefully, with family by his side, on November 2nd 2019. He was five weeks short of his 100th birthday. Born to recent Irish immigrants (William McInerney II and Bridget Kavanaugh) in New York City, he was the oldest of two boys. After graduating from Immaculata Catholic HS, he worked at the New York Public Library. He then enlisted in the US army, just one week before Pearl Harbor. Thanks to scoring well on the civil service exam, the army sent William to officer training school. When WWII ended, he was serving on Guam as a Captain in the Signal Corps. Once back in the States, he used the GI Bill to attend art classes at Cooper Union, and also enlisted in the Army Reserve. He then worked at various NYC advertising agencies as a calligrapher (including J. Walter Thompson and Benton & Bowles) and eventually retired from the Reserves as a Lt Colonel. He raised a family in Paramus NJ, retired to Brick NJ, moved to Mahwah NJ after his wife’s death, and finally to Rochester NY.

Friends and acquaintances will remember Bill as an uncommonly polite & funny guy who enjoyed tinkering & talking. A throwback to the 40s, he smoked cigars for most of his adult life, wore hats everywhere, and never tired of Lawrence Welk reruns. In his free time, he enjoyed Irish music, crossword puzzles, woodworking, photography, and the occasional pistol competition. He also enjoyed a wee bit of drinking with the men in his life.  Family will remember him as someone who’s greatest joy was his children and grandchildren. He leaves a big hole, but also a template for a long life, well lived.

The family will be forever grateful to the staff at the Rochester Presbyterian Home who clearly loved “Mr Bill” and embraced him, and his extended family, as their own. Thanks to the loving care at RPH, Bill was still using his walker, and entertaining everyone, until 2 days before he passed.

A Funeral Mass will be held at the Immaculate Conception Church in Mahwah, NJ on Saturday, November 23rd at 10:00 am. Interment will be at Brigadier General William C. Doyle Veterans Memorial Cemetery, in Wrightstown, NJ, on Thursday, December 19th.