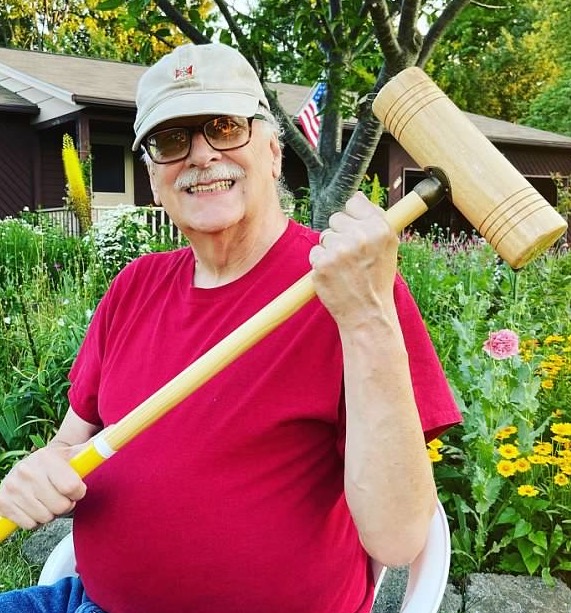 Donald Ray Hooper, age 78, of Buffalo, NY, died February 6 after a brief illness, in the presence of his loving family. Donald, born in Warsaw, NY, is survived by his loving wife, Sang of Buffalo, NY, daughters Sarah Hooper (Doug Jurenko) of Rochester, NY and Valerie Hooper (Tara Lindros) of South Hadley, MA, his five grandchildren, Harrison, Griffin, Charles, Iris, and Margaret, his sister Martha Taylor of Belfast, NY, and many foster children, cousins, nieces, and nephews. Donald was predeceased by his parents, Clarence Hooper and Arloene Ordway of Fillmore, NY, and his brother, Douglas Hooper of Illinois. In retirement, Don and Sang relocated to Hilton, NY to be closer to family.

Don grew up in the Southern Tier and was valedictorian of the Fillmore High School Class of 1960. After graduation, he moved to Buffalo to study engineering and history at the University of Buffalo.

Don was a proud member of the 701st Maintenance Battalion in the First Infantry Div. of the US Army, where he served from September 1965 to October 1970 including two tours in Vietnam, after which he was honorably discharged as an E6 Staff Sergeant. During his time in the Army, he earned the National Defense Service Medal, Five Overseas Service Bars, Vietnam Campaign Medal, Bronze Star Medal (2 Oak Leaf Cluster), Vietnam Service Medal with Four Battle Stars, Vietnam Cross of Gallantry with Palm, and an Army Commendation Medal.

During his time in the Army, Don met and fell in love with Sang Ngoc Nguyen, who also worked for the US Army as a clerk.  Don left Vietnam in 1970, but after many airmailed international love letters, Don and Sang reconnected in 1973, while Sang was studying English in Washington, DC. They were married on a snowy January day in Fillmore, NY and recently celebrated their 47-year wedding anniversary.

Don was an avid reader and library patron. He loved all genres, was a speed reader, and never went on vacation without a dedicated book suitcase. At social gatherings, he could often be found in the corner, happily reading a book.

Don loved traveling and just missed his lifetime goal of visiting all 50 states. He had a wicked sweet tooth, and was happy to be married to an expert pie baker. In his later years, he leveraged his near photographic memory to complete the daily New York Times crossword puzzle and regale his grandchildren with detailed recountings of American and world history. He took Mensa tests for sport, and could often be seen carrying around a pouch of writing instruments ready for Sudoku. Don was an intrepid competitor during family board game nights and is the reigning champion of Hooper croquet.

Don was a steadfastly loving person, who cared deeply for his family and community, and demonstrated his love over a lifetime of thoughts and deeds. If you would like to honor three organizations he cared about deeply, donations can be made to Foodlink (foodlink.ny), Open Door Mission (opendoormission.com), and Operation Homefront (operationhomefront.org).

A celebration of Don’s life will be held in Summer 2021.